Strike a Chord for Health

Music Matters for Body and Mind 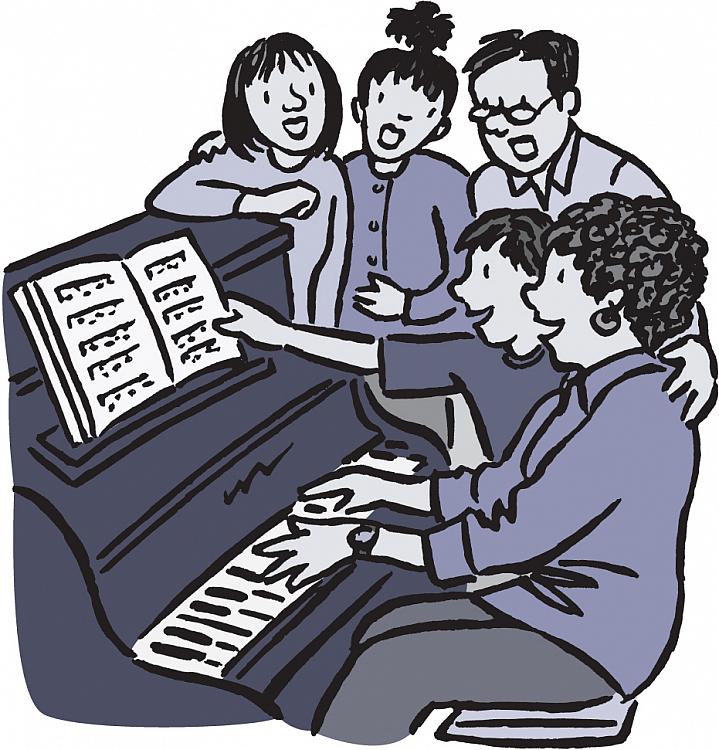 Music can lift you up. It can bring tears to your eyes. It can help you relax or make you get up and dance. You probably hear it several times a day—on the radio or TV, in the supermarket, at the gym or hummed by a passerby. Music’s been with us since ancient times, and it’s part of every known culture. Music strikes a chord with all of us.

“There’s something about music and engaging in musical activities that appears to be very stimulating for the brain and body,” says neuroscientist Dr. Petr Janata of the University of California, Davis. Singing favorite songs with family and friends, playing in a band or dancing to music can also help you bond with others. “It’s a way of synchronizing groups of people and engaging in a common activity that everyone can do at the same time,” Janata adds.

NIH-funded scientists are exploring the different ways music can influence our bodies and minds. Their research may also shed light on creative processes. Ultimately, scientists hope to harness the power of music to develop new treatments for people with stroke, autism and many other conditions.

Several well-controlled studies have found that listening to music can alleviate pain or reduce the need for pain medications. Other research suggests that music can benefit heart disease patients by reducing their blood pressure, heart rate and anxiety. Music therapy has also been shown to lift the spirits of patients with depression. Making music yourself—either playing instruments or singing—can have therapeutic effects as well.

Scientists have long known that when music and other sounds enter the ear, they’re converted to electrical signals. The signals travel up the auditoryRelated to hearing. nerve to the brain’s auditory cortex, which processes sound. From there, the brain’s responses to music become much more complex.

Over the past decade, new brain imaging techniques have shown that music activates many unexpected brain regions. It can turn on areas involved in emotion and memory. It can also activate the brain’s motor regions, which prepare for and coordinate physical movement.

One brain area that’s drawn interest in recent years is the medial prefrontal cortex, located just behind the eyes. In a recent study, Janata showed that this region seems to be a central hub linking music, memories and emotion. He used an imaging technique called fMRI to look at the brains of young adults while they listened to snippets of songs from their childhoods. When they heard familiar songs, the medial prefrontal cortex lit up. Activation was strongest when the song evoked a specific memory or emotion.

“It turns out that the medial prefrontal cortex is also one of the last brain regions to deteriorate in Alzheimer’s disease,” Janata says. This may help explain why many Alzheimer’s patients can remember and sing along to tunes from their youth when other memories are lost. Janata hopes to conduct studies of older adults—including some with mild thinking impairments—to see how the brain processes nostalgic songs.

The medial prefrontal cortex also seems to play a role in the creative expression of music. Dr. Allen Braun, a scientist at NIH’s National Institute on Deafness and Other Communication Disorders (NIDCD), and Dr. Charles Limb of Johns Hopkins University asked jazz musicians to play music on a keyboard inside an MRI scanner. When improvising, the musicians’ medial prefrontal cortex turned on. But the region wasn’t activated when they were playing memorized scales.

Meanwhile, a different brain area that’s involved in self-monitoring shut down during improv. “The musicians were letting go and not watching themselves as much while improvising,” says Braun.

Unfortunately, for some people listening to music can be an unpleasant challenge. About 1 in 50 people have a disorder called tune deafness. They have trouble hearing the differences between musical tones. They can’t carry a tune.

“The most severely affected people can’t even recognize it as music. To them it just sounds like traffic noise,” says geneticist Dr. Dennis Drayna of NIDCD. Nearly 10 years ago, he and his colleagues studied twins and showed that both tune deafness and perfect pitch are inherited.

“People with tune deafness can pass a standard hearing test with flying colors, but something we don’t yet understand is drastically wrong with their auditory system,” he says.

A new clue came from a recent brain imaging study by Drayna and Braun. When a familiar tune hit a sour note, brain scans unexpectedly showed that tune deaf people registered the mistake, similar to people with normal hearing. However, the tune deaf people somehow didn’t realize they’d heard a mistake. Their brains failed to produce a second signal that occurs when the brain doesn’t hear what it expects.

“Somehow, the melodic structure of the music is processed unconsciously by these people, but they can’t consciously recognize the errors,” says Braun. Some researchers suspect that the brain processing errors that lead to tune deafness may also be at play in some learning and developmental disorders.

Several studies of musicians show that their brains are different from the rest of us. Over a decade ago, neuroscientist Dr. Gottfried Schlaug of Harvard Medical School found that professional musicians have an unusually thick bundle of nerves connecting the left and right sides of the brain. More recently, he’s been watching the brain development of children since about age 6, when they first began learning an instrument.

Just 15 months into training, and also at 30 months, young musicians had more complex connections between different brain regions and more elaborate auditory and motor systems than kids who didn’t play an instrument. “We found that kids who practiced the longest and with intensity had the most profound effects. Those who practiced the least did not show much of a difference compared to non-musicians,” Schlaug says.

“When you make music, it engages many different areas of the brain, including visual, auditory and motor areas,” says Schlaug. “That’s why music-making is also of potential interest in treating neurologic disorders.”

Schlaug’s been exploring how music making may help adults regain their ability to speak after a stroke. When stroke damages the speaking area of the brain, some people can still sing words but not speak them. With an experimental technique called music intonation therapy, patients learn to sing and mimic the rhythms of simple songs. Gradually, different regions of the brain may take over some speaking functions.

“Although this therapy has been around for about 30 years, no one fully understands how it works,” Schlaug says. With NIH funding, he’s now conducting a clinical trial to study the effectiveness of this therapy. Results are expected in about 3 years.

Scientists continue to explore the relationship between music and health. While they search, try turning on the radio or grabbing your guitar. Enjoy whatever music brings your way.

Research suggests that music may help with pain, Alzheimer’s disease and other medical conditions. Try the following activities: