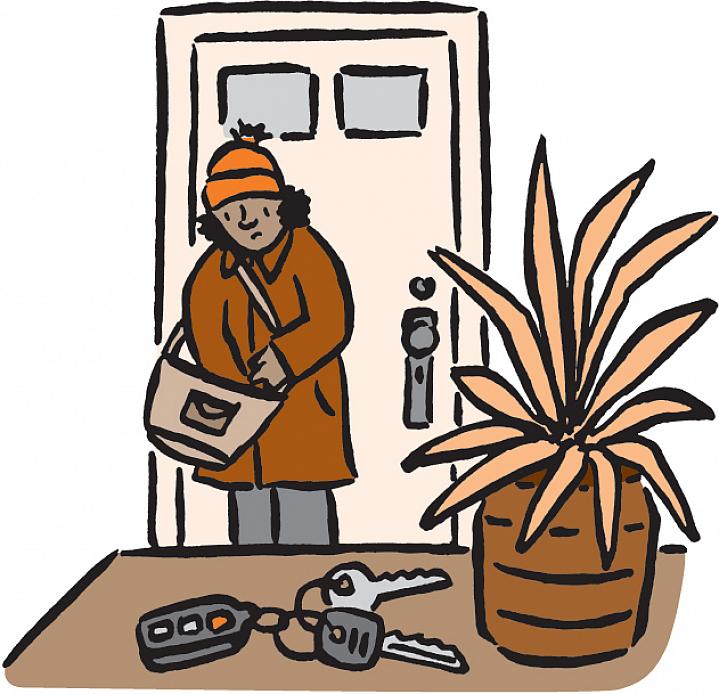 Chances are you’ve walked into a room and forgotten why you went there. And misplaced your keys or eyeglasses at least a few times. Many people worry about these memory lapses. They fear they’re heading toward a serious condition like Alzheimer’s disease, an irreversible brain illness.

Occasional forgetfulness is a normal part of life that becomes more common as we grow older. In most cases, it’s no cause for alarm—unless it begins to hamper daily activities. Forgetting where you left the car keys is one thing; forgetting what they do is quite another.

Over the past few years, scientists have learned a lot about memory and why some memory problems are serious but others are not. As we age, changes occur throughout the body, including the brain. As a result, you may begin to notice that it takes longer to learn new things. Perhaps you can’t remember information as well as before, or you may misplace things. These memory lapses may be signs of normal aging. But if increasing forgetfulness begins to worry you, it’s a good idea to check with your doctor. If a medical problem exists, it’s best to start treatment as early as possible.

No matter what your age, several underlying causes can bring about memory problems. Forgetfulness can arise from stress, depressionAn illness that brings a persistent sad, anxious or “empty” mood; feelings of hopelessness; and other symptoms that affect your ability to function and enjoy life., lack of sleep or thyroid problems. Other causes include side effects from certain medicines, an unhealthy diet or not having enough fluids in your body (dehydration). Taking care of these underlying causes may help resolve your memory problems.

For some older people, though, episodes of memory loss may be a sign of a more serious problem called dementiaLoss of thinking, memory and reasoning skills that seriously affects your ability to carry out daily activities.. Two of the most common forms of dementia in older people are Alzheimer’s disease and multi-infarct dementia (or vascular dementia).

In Alzheimer’s disease, memory loss begins slowly and gets worse over time. People with Alzheimer’s disease have trouble thinking clearly. They find it hard to do everyday things like shopping, driving, cooking or having a conversation. Medications can help during the early or middle stages. As the illness progresses, though, patients may need someone to take care of all their needs (like feeding and bathing) at home or in a nursing home.

Vascular dementia also causes serious memory problems. But unlike Alzheimer’s disease, the signs of vascular dementia may appear suddenly. This is because the memory loss and confusion are caused by small strokes or changes in the blood supply to the brain. Further strokes can make the situation worse. Taking care of your high blood pressure can lower your chances of getting this illness.

See your doctor if you’re concerned that you or someone you know has a memory problem. Your doctor may be able to diagnose the problem or refer you to an expert who specializes in memory problems.

Forgetfulness: When To Seek Help

People who have a sudden loss of memory or become very confused should get medical help right away. Make an appointment to see a doctor if you notice these symptoms: