When Cells Face an Energy Crisis

Malfunctioning Mitochondria Cause Many Disorders 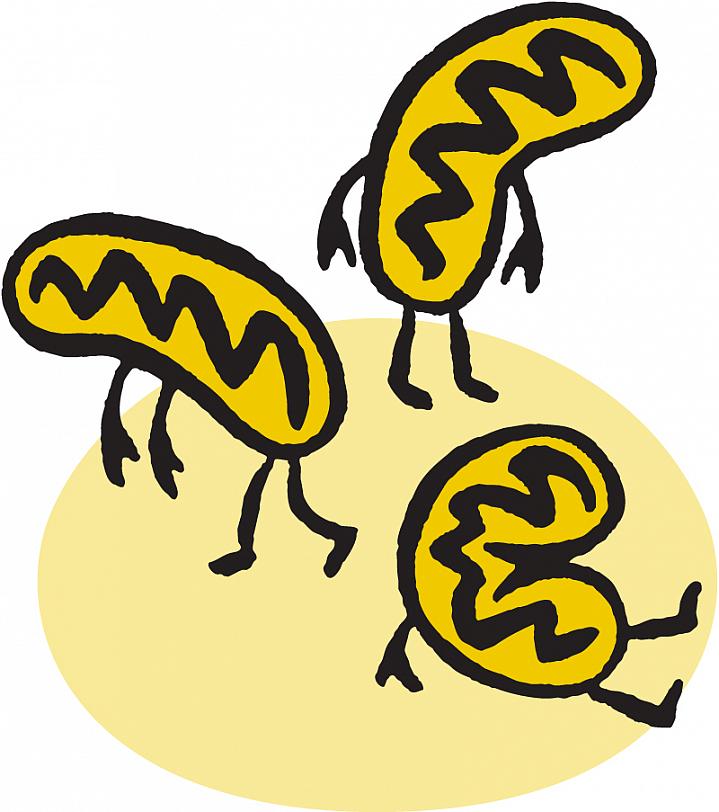 A champion swimmer, 16-year-old Joe Wise seems a healthy and happy high school junior. He enjoys time with friends, and he’s looking forward to college. But take a closer look, deep into his cells, and something’s not quite right. There’s a malfunction in the tiny capsule-shaped structures—called mitochondriaKnown as the cell’s “powerhouse,” they convert food molecules into a form of energy your cells can use.—that power his cells. These abnormal mitochondria cause extreme fatigue and weakness in his legs, trouble breathing and a host of other problems.

“I used to play baseball, but now I can’t run so I can’t do that any more. Instead, I swim,” Joe says. In the past few years, he’s broken several national swimming records, and in 2008 he was on the U.S. Swim Team in the Beijing Paralympic games.

Joe is 1 of tens of thousands of people nationwide who have mitochondrial diseases, although estimates vary. There are dozens of subtypes, with each affecting less than 1 in 1,500 people. There’s no treatment or cure for any of these rare diseases.

Mitochondrial diseases are caused by abnormal genesStretches of DNA, a substance you inherit from your parents, that define characteristics such as how likely you are to get certain diseases. that lead to flawed proteins or other molecules in the mitochondria. The various subtypes are caused by alterations in different genes, leading to worn-down cells in different parts of the body. Hardest hit are organs and tissues that need a lot of energy, like muscles, brain, heart, kidneys and liver. When the energy supply slumps, cells can become damaged or destroyed.

But mitochondria have importance beyond rare diseases. Even in healthy people, researchers have found, mitochondria can gradually deteriorate as we grow older. Malfunctioning mitochondria have been linked to diabetes, heart disease, Alzheimer’s disease, Parkinson’s disease and even normal aging. “If we can learn more about the rare mitochondrial disorders, the findings could have implications for understanding more common diseases,” says Dr. Vamsi Mootha of Harvard Medical School.

In Joe Wise’s case, he was an avid baseball and football player before age 8, when his father noticed he was walking and running a little funny. He felt tired and weak. He had trouble swallowing. Joe’s parents took him to see several specialists, who thought he might have juvenile arthritis, muscular dystrophy or maybe a problem with his hip. But eventually, a muscle biopsy showed that he had mitochondrial disease. His doctors didn’t expect him to live beyond age 14. “It was a real shock to the family,” Joe says. “It was something we suddenly had to learn a lot more about.”

Joe had to make difficult adjustments—watching his diet, being careful while walking and using a ventilator twice a day and overnight to help him breathe. He finds he feels weaker over time but continues to swim just about every day. “Swimming has helped in a lot of different ways,” Joe says. “It’s kept me out of a wheelchair. It’s kept me off a larger ventilator.” He’s now in training for the 2012 Paralympics.

Scientists don’t yet know why some patients like Joe can continue to exercise, while others have more severe disabilities. Over the last decades, though, researchers have learned a lot about mitochondria.

Each cell in the body contains dozens or even hundreds of mitochondria. Mitochondria produce about 90% of the energy that cells need to function. They differ from other cell components because each contains its own tiny loops of DNA, called mtDNA. The circular mtDNA differs from the well-known long DNA strands that make up the chromosomes contained in the control center, or nucleus, of your cells. Your nuclear DNA comes from both your mother and your father, but mtDNA comes only from your mother.

Scientists have learned that among the genes in mtDNA are instructions for making 13 proteins that mitochondria need to produce energy. MutationsChanges in a DNA sequence. in these genes can lead to dozens of different diseases.

But mitochondria contain much more than 13 proteins. They also contain over 1,000 proteins that come from genes in the cell’s nucleus. “We now know that the vast majority of genetic mitochondrial disorders are actually due to mutations in the nuclear genomeThe full set of all your genes.,” says Mootha.

These nuclear mutations are difficult to identify. While some research centers can now sequence the entire mtDNA and find the mutations that cause a patient’s disease, that can’t be done for most mutations in nuclear DNA.

Over the past 7 years, Mootha and his colleagues have been working to change that. They’ve used powerful new research tools to identify about 1,100 genes in our nuclear DNA that make proteins found in mitochondria. They’re now searching for mutations in these genes in patients who have mitochondrial disease. That will help with developing diagnostics, he says. “And once we know the molecular underpinnings of these disorders, they may offer clues for completely new treatment strategies.”

Several potential therapies for mitochondrial diseases are already being explored. Some patients with mtDNA mutations have a mix of normal and mutant mtDNA in their cells. Researchers are searching for ways to shift the balance toward more normal DNA. At the University of Texas Southwestern Medical School, Dr. Ronald Haller is testing to see if endurance training can safely encourage this shift, or at least improve physical health, in patients with mtDNA mutations.

“The benefits of exercise training in healthy people are well-recognized,” Haller says. One benefit is to increase the number of mitochondria in your muscles. “We want to see if some of these same benefits extend to patients with mitochondrial disease.”

Haller and his colleagues have already conducted small studies that suggest patients who train can improve their ability to walk and do other daily activities. He’s also found evidence that mitochondrial numbers shrink once patients stop training—which also happens in healthy people. Haller has now begun a larger study of 40 patients to see how exercise training, and taking a break from exercise, affect mitochondria and exercise capacity.

“A lot of exciting new research in mitochondrial biology is taking place right now,” says Mootha. “As we learn more about these disorders, we’ll hopefully be able to convert this knowledge into better therapies.”

Mitochondrial disease can affect different parts of the body. Symptoms can range from mild to severe and might include: