Organ Donation: Pass it On

Give a Gift of Life 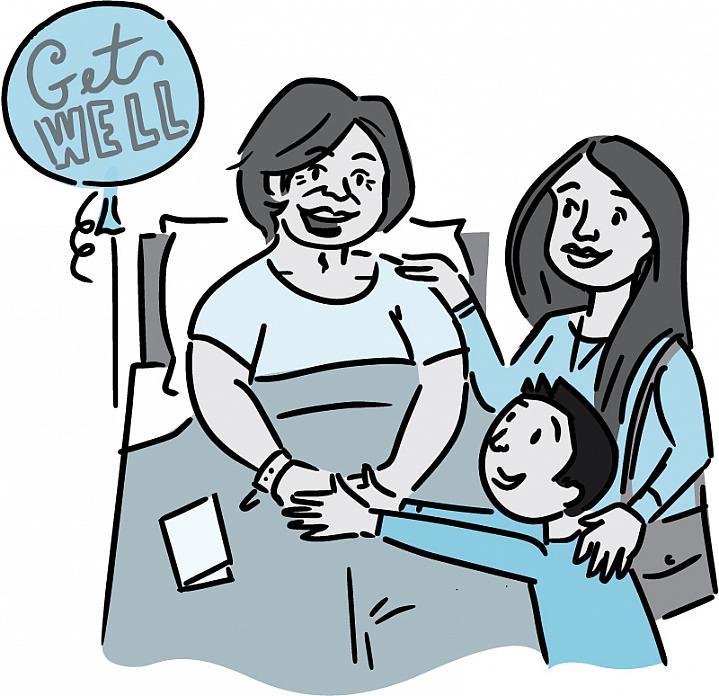 A gift with a major impact—one that will long be remembered with gratitude—takes just a bit of preparation. When you become an organA system of cells and tissues that perform specific tasks, such as pumping blood (heart), breathing (lungs) or removing waste from the blood (kidney). donor, you can save the lives of up to 8 people. And if you donate tissues like blood cells, bone or corneas, you can help even more.

Organ transplantation was once considered an experimental procedure with a low success rate. Many transplanted organs survived just a few days or weeks. But researchers have transformed transplant surgery from risky to routine. It’s now the treatment of choice for patients with end-stage organ diseaseA disease that ultimately leads to permanent and complete failure of an organ.. Each day, about 80 Americans receive a lifesaving organ transplant.

“The outcomes of transplantation are really so good these days that it truly makes a difference for the people who receive organ transplants,” says Dr. Sandy Feng, a transplant surgeon at the University of California, San Francisco. “The organs are clearly lifesaving.”

The problem now is that there aren’t enough organs to meet the demand. In early 2011, more than 110,000 people were on the nationwide waiting list for an organ. An average of nearly 20 of them dies each day while waiting.

You can donate some organs—like a kidney or part of your liver—while you’re still alive. You have 2 kidneys but really need only one. And the liver can re-grow if part of it is removed. But donating these organs requires major surgery, which carries risks. That’s why living donors are often family or friends of the transplant recipient.

Most organs, though, are donated after the donor has died. The organs must be recovered quickly after death to be usable. Many come from patients who’ve been hospitalized following an accident or stroke. Once all lifesaving efforts have failed and the patient is declared dead, then organ donation becomes a possibility.

“When a person dies, it can feel like a burden to a family to make decisions about organ donation,” says Feng. “So it would be a real gift to a family to indicate your decision to be an organ donor while you’re still alive, so they don’t have to make the decision for you.”

In addition to organs, you can donate tissues. One of the most commonly transplanted tissues is the cornea, the transparent covering over the eye. A transplanted cornea can restore sight to someone blinded by an accident, infection or disease. Donated skin tissue can be used as grafts for burn victims or for reconstruction after surgery. Donated bones can replace cancerous bones and help prevent amputation of an arm or leg. Donated veins can be used in cardiac bypass surgery.

NIH-funded scientists are exploring a variety of ways to improve organ transplantation. The biggest problem is that when an organ from one person is transplanted to another, the recipient’s immune systemThe system that protects your body from invading viruses, bacteria and other microscopic threats. attacks the implant as though it’s a disease-causing microbe.

“We’d hit a home run if we could find a way to re-educate a person’s immune system so that it continues to fight infection just as effectively as ever but it didn’t recognize a transplanted organ as foreign. That’s called transplantation tolerance,” says Dr. Nancy Bridges, chief of the transplantation immunology branch at NIH.

To prevent organ rejection, recipients must take drugs, called immunosuppressants, usually for the rest of their lives. “Immunosuppressant drugs have revolutionized our ability to do organ transplantation over the last 30 years,” says Dr. Jerry Nepom, who heads an NIH-funded program called the Immune Tolerance Network. “But those 3 decades have also taught us that these immunosuppressants are not very selective, which is a big problem.”

Immunosuppressants knock down the entire immune system, so that the body has trouble fighting off infections. The drugs also boost the risk for cancer, especially skin cancer. In addition, over time, these potent drugs can damage the kidneys and raise the risk for diabetes, high blood pressure and cardiovascular disease.

“These medications are sort of a necessary evil. You can’t live without them, because you might reject your organ. But it’s difficult to live with them because they cause side effects that need to be managed,” says Feng.

If a patient stops taking immunosuppressants, the transplanted organ nearly always fails. But in very rare cases, people can go off their medications. Last year, NIH-funded scientists spotted a pattern of gene activity in patients who had successfully stopped taking their immunosuppressants after a kidney transplant. Other researchers are testing whether certain liver transplant patients could be weaned off their medications.

“Ultimately, it would be valuable if we could do a blood test to predict who could stop taking their drugs or maybe be on a lower dose,” says Bridges. “We have evidence that it might be possible, but we’re not there yet.”

In other studies, Nepom says, “we’re exploring how to get the recipient’s immune system in a receptive mode, so that it doesn’t become excited and angry when a transplanted organ comes into the body.” In one small clinical study, researchers gave a kidney recipient some of the donor’s bone marrow before surgery. Bone marrow produces cells that fight infection. The procedure created a hybrid immune system in the recipients that better tolerated the transplants. A few patients were able to go off their immunosuppressants within a year after surgery.

While some scientists continue to improve current methods, others are exploring completely new ideas. One cutting-edge approach is to create artificial transplants that won’t trigger an immune system attack. Although years of research will be needed to apply these emerging techniques, researchers have made progress toward engineering livers, lungs and other organs.

You can help reduce the need for donated organs in the first place by living well. Lower your risk of developing a long-term disease that could lead to organ failure by being physically active and eating a healthy diet rich with high-fiber foods, fruits and vegetables. Talk to your doctor about your weight, blood pressure and cholesterol. And while you’re taking these healthy steps, be sure to sign up to be an organ donor so you can help others as well.