Waking Up to Anesthesia

Learn More Before You Go Under 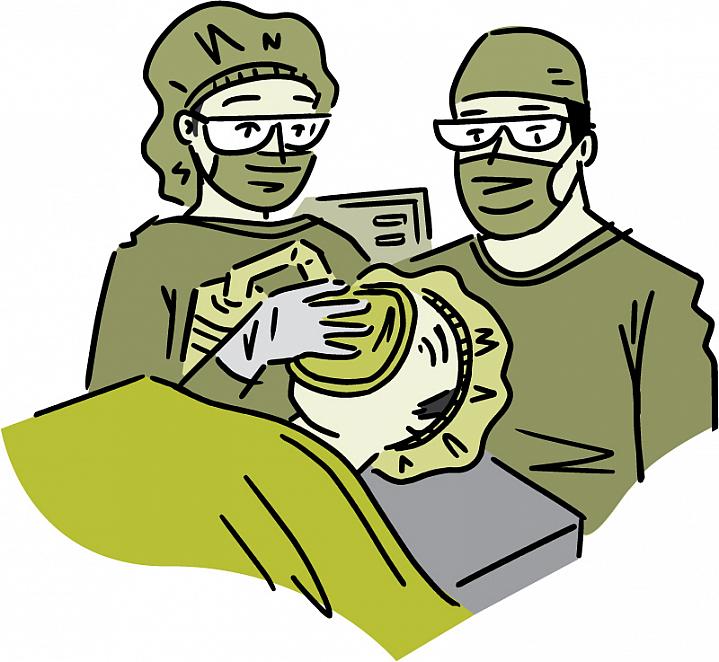 When you face surgery, you might have many concerns. One common worry is about going under anesthesia. Will you lose consciousness? How will you feel afterward? Is it safe?

Every day about 60,000 people nationwide have surgery under general anesthesia. It’s a combination of drugs that’s made surgery more bearable for patients and doctors alike. General anesthesia dampens pain, knocks you unconscious and keeps you from moving during the operation.

“Prior to general anesthesia, the best ideas for killing pain during surgery were biting on a stick or taking a swig of whiskey,” says Dr. Emery Brown, an anesthesiologist at Massachusetts General Hospital in Boston. Things improved more than 150 years ago, when a dentist in Massachusetts publicly demonstrated that the anesthetic drug ether could block pain during surgery. Within just a few months, anesthesia was being used in Australia, Europe and then around the world.

General anesthesia has 3 main stages: going under (induction), staying under (maintenance) and recovery (emergence). NIH-funded scientists are working to improve the safety and effectiveness of all 3.

The drugs that help you go under are either breathed in as a gas or delivered directly into your bloodstream. Most of these drugs act quickly and disappear rapidly from your system, so they need to be given throughout the surgery. A specially trained anesthesiologist or nurse anesthetist gives you the proper doses and continuously monitors your vital signs—such as heart rate, body temperature, blood pressure and breathing.

“When patients are going under, they experience a series of deficits,” says Dr. Howard Nash, a scientist at NIH’s National Institute of Mental Health. “The first is an inability to remember things. A patient may be able to repeat words you say, but can’t recall them after waking up.”

Next, patients lose the ability to respond. “They won’t squeeze your fingers or give their name when asked,” Nash says. “Finally they go into deep sedation.”

Although doctors often say that you’ll be asleep during surgery, research has shown that going under anesthesia is nothing like sleep. “Even in the deepest stages of sleep, with prodding and poking we can wake you up,” says Brown. “But that’s not the case with general anesthesia. General anesthesia looks more like a coma—a reversible coma.” You lose awareness and the ability to feel pain, form memories and move.

Once you’ve become unconscious, the anesthesiologist uses monitors and medications to keep you that way. In rare cases, though, something can go wrong. About once in every 1,000 to 2,000 surgeries, patients may gain some awareness when they should be unconscious. They may hear the doctors talking and remember it afterward. Worse yet, they may feel pain but be unable to move or tell the doctors.

“It’s a real problem, although it’s quite rare,” says Dr. Alex Evers, an anesthesiologist at Washington University in St. Louis.  “Anesthesia awareness can lead to post-traumatic stress disorder,” a severe anxiety disorder that can arise after a terrifying ordeal.

Addiction to alcohol or drugs increases the risk for anesthesia awareness, but doctors can’t accurately predict who will be affected. A research team in Canada identified variations in a geneA stretch of DNA, a substance you inherit from your parents, that defines characteristics such as eye color, your risk for disease and your likely response to different medications. that may allow animals to form memories while under anesthesia. Ongoing studies are exploring whether this gene plays a role in anesthesia awareness in people.

Other researchers are searching for genes that may affect how anesthetic drugs are processed, or metabolized, by the body. Genetic differences might affect the proper dosage or the selection of drugs for each patient.

Nash and his colleagues have found that studies of the common fruit fly may offer clues to how genes affect anesthesia. When certain repeating segments—called copy number variations—are snipped from the fly’s genome, it affects the insect’s response to anesthesia. Copy number variations are known to affect human responses to other drugs. Nash suspects that these gene segments may also affect how patients react to anesthesia. “As researchers learn more, I expect genetic screening will become more common in the clinic,” says Nash.

After surgery, when anesthesia wears off, you may feel some pain and discomfort. How quickly you recover will depend on the medications you received and other factors like your age. About 40% of elderly patients and up to one-third of children have lingering confusion and thinking problems for several days after surgery and anesthesia.

Right now, the best cure for these side effects is time. Brown and his colleagues are working to develop drugs to help patients more quickly emerge and recover from general anesthesia.

Anesthesia is generally considered quite safe for most patients. “Anesthetics have gotten much safer over the years in terms of the things we’re most worried about, like the patient dying or having dangerously low blood pressure,” Evers says. By some estimates, the death rate from general anesthesia is about 1 in 250,000 patients. Side effects have become less common and are usually not as serious as they once were.

Don’t delay important surgery because of fear of anesthesia. If you have concerns, talk with your doctor. It might help to meet in advance with the person who will give you anesthesia. Ask what kind of anesthesia you will have. Ask about possible risks and side effects. Knowing more might help you feel less concerned about going under.

When You Go Under

General anesthesia has 5 major effects on your body. Researchers are working to develop drugs that target each of these characteristics: