Dealing With Your Teen’s Behavior 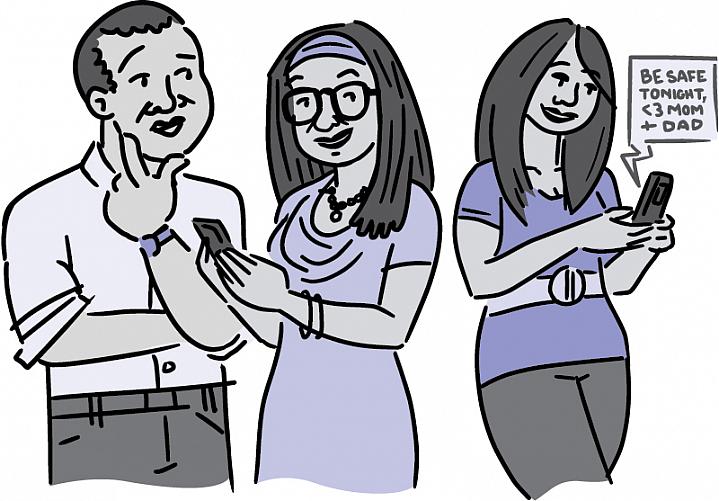 Adolescence can be a bewildering time—for both teens and their parents. Yet it can also be thrilling to watch kids grow and change. Learning about teenage development and behaviors can help parents nurture their children’s strengths and shepherd them over the rough spots.

Why does adolescence feel so complicated and intense? It all begins with the brain. NIH-funded scientists have been using advanced imaging tools to take a good look at how the adolescent brain functions. They’ve found something they didn’t expect. Although the 18th birthday means legal adulthood, important regions of the brain are still under construction until about age 25. These still-developing brain areas govern judgment, decision-making and impulse control.

The adolescent brain can be somewhat like a rider on a racehorse with no reins. “The problem is that the incentive/reward system matures earlier than the cognitive controlThe ability to use reason to control impulses and emotions. system,” explains Dr. Lisa Freund, a developmental psychologist and neuroscientist at NIH.

In other words, the brain’s “that’s so cool, I want it now” part develops well before the “stop and think twice” part. That’s why adolescents are especially susceptible to the immediate rewards of addiction, sexual experience, risky driving and more. They have trouble controlling impulses and considering the possible long-term consequences of their actions. What worries parents so much is that kids don’t seem to realize how vulnerable they are to the risks they face.

Take sex. Among U.S. high school students surveyed in 2009, almost half reported that they had engaged in sexual intercourse at least once, and over 400,000 15- to 19-year-old girls gave birth. Of the 19 million new sexually transmitted diseases (STDs) recorded each year, nearly half are among young people who are 15 to 24 years old. This age group is also the fastest-growing group of people living with HIV in the U.S.

It’s important for parents to take the lead in talking about sex. “Sex is a normal part of life,” says Dr. Lynne Haverkos, an NIH pediatrician specializing in health risk behaviors, “but how do you prevent the STDs, pregnancy and negative emotional consequences that can happen in these relationships? Middle childhood is the time to start talking and listening…then, as they grow, adolescents can develop negotiation skills and learn how to recognize and handle risky situations involving sex. Start communicating early, keep going, don’t ever give up.”

Talking about sex may feel uncomfortable to some, but parents don’t have to go it alone. You can find helpful resources online and in community and school programs (See our links online). The most effective programs for HIV/STD prevention are taught by trained instructors, are age-appropriate, focus on skill-building and involve parents and health organizations.

You also need to talk to your teen about other behaviors such as drinking alcohol. Alcohol depresses cognitive control and increases the risk for substance abuse and sexual activity. Alcohol and drug use might also lead to situations where teens can be sexually abused.

Teens may not want limits, but they still need them. Throughout late adolescence and early adulthood, they still need guidance. Setting limits is important because it takes years for kids to master the art of making decisions. Adolescents are similar to preschoolers in that activation in various parts of the brain isn’t yet mature and interconnected. “This makes adolescents more emotionally reactive, especially around peers,” Freund says.

As the brain’s complex architecture develops, teens do begin to learn from experience and adjust their behavior accordingly. They gain the ability to grasp the wider world in more complex and nuanced ways. This helps them develop their sense of right and wrong, as well as objectivity, empathy and judgment. They may become more motivated by self-esteem and personal achievement.

Parents can help by encouraging their teen’s strengths. Talking, listening and channeling an adolescent’s ongoing interests can have a powerful positive effect.

When talking with adolescents, “the tone has to be nonjudgmental,” says Kapogiannis. “Talk it through, and reassure them that whatever happens, you still love them. As long as you have communication, you’re gonna get there.”

Freund suggests that parents use technologies—such as texting or mobile phone calls—to stay in contact with their teens. Even if you can’t be there physically, they should know that you’re available and that you care about them. “You’re not hovering, but they need to know you’re around,” Freund says.

If you have concerns about your teen, and he or she seems unwilling to talk about it, consider making a call to your child’s doctor—ideally, an adolescent medicine specialist. Make an appointment so your teen can talk privately with the care provider.

Adolescence is a stage that does have risks, and some kids may be more vulnerable than others. Yet there’s a lot that parents can do to keep their kids safe, make them feel loved, and help them move through the changes. Adolescence is not a disease, but a journey towards independence. It’s possible for both parents and their kids to enjoy this time—and even treasure it.