The Sorrow of Suicide

Awareness and Action Can Help Save a Life 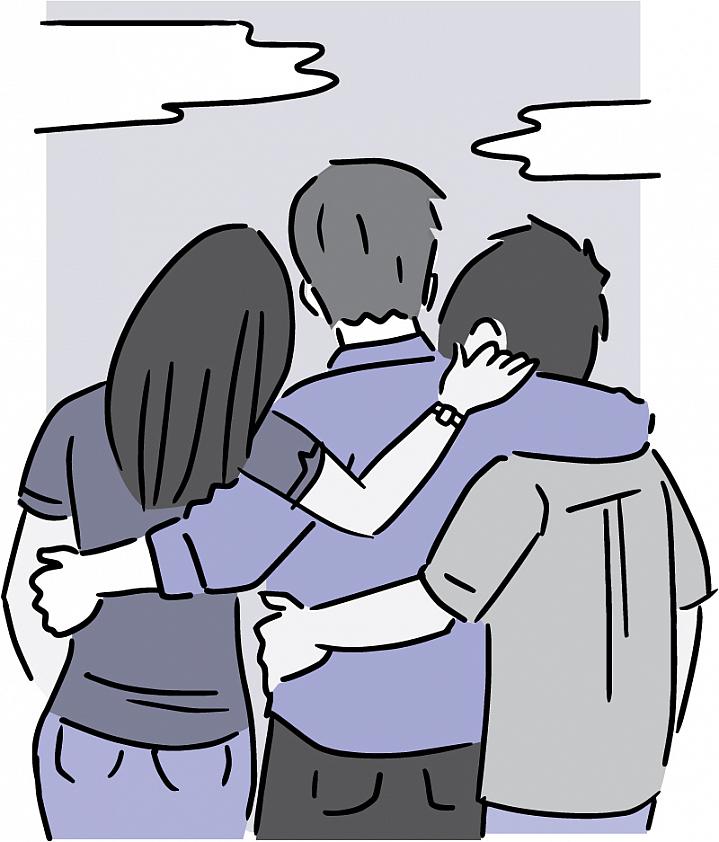 Suicide is tragic. It cuts a life short, and it devastates the family, friends and loved ones left behind. Those who survive a suicide attempt might end up with severe disability or other injuries. The children of people who die by suicide are more likely to later die by suicide themselves. With such extreme consequences, why would anyone make the dire decision to choose death over life?

That’s a question scientists have been struggling to answer for decades. “When you’re in a suicidal state, you’re kind of closing down your options. You see it as the only solution. You’re not really able to entertain other ideas,” says Dr. Jane Pearson, who heads a suicide research consortium at NIH. “What’s the science behind that? What’s happening in the brain that leads people to think so dysfunctionally?”

Only 20 years ago, little was known about the biology of suicide. But NIH-funded research has helped to open up new avenues for exploring the underlying causes of suicide. While the biological details are still being worked out, scientists have uncovered many clues to identify people at greatest risk for suicidal thoughts and actions.

Recognizing those at risk is essential. Suicide is the 10th leading cause of death nationwide, and it’s the 3rd leading cause of death among adolescents. Nearly 37,000 Americans died by suicide in 2009, according to the U.S. Centers for Disease Control and Prevention. More than half of those deaths were from firearms.

“The highest risk groups are older men,” says Pearson. “In fact, white men who are 85 and older have a rate of suicide that’s 4 times the national average.”

Suicide risk is also higher among people who have certain mental disorders, including schizophrenia and bipolar disorder. Depression affects more than half of those who die by suicide. Other risk factors include a prior suicide attempt, a family history of suicide, substance abuse, or having guns or other firearms in the home.

In the past, many scientists believed that suicide was a terrible side effect of other mental disorders. But why is it that only a small proportion of people with depression or other mental conditions attempt suicide? A growing body of evidence suggests that there is something unique about their biology that can tip them over the edge.

“We’ve found many systems in the brain that are broken with suicide, especially in the front part above the eye—called the orbital prefrontal cortex. That area of the brain is involved in inhibiting behaviors that are damaging, like being unable to inhibit the urge to kill oneself,” says Dr. Victoria Arango, a suicide researcher at the New York State Psychiatric Institute.

Over the decades, Arango and her colleagues have conducted detailed studies of brain structure and biology in hundreds of suicide victims. They’ve found that certain brain regions in suicide have fewer nerve cells and altered receptors for neurotransmittersChemicals that send signals from one nerve cell to another.. Abnormalities related to the neurotransmitter serotonin have been linked to suicide in many studies. Scientists have not yet figured out if these flaws in serotonin directly contribute to suicide or—more likely—if serotonin is one part of a complicated chemical pathway to suicide. Serotonin is also believed to play a key role in depression and response to stress and trauma.

“Stress and trauma certainly play a big role in suicide, especially early life stress,” says Dr. Douglas Meinecke, an NIH scientist who studies the molecular details of mental disorders. Several research teams have found evidence that traumatic childhood experiences—such as abuse or violence—can “tag” certain genesStretches of DNA, a substance you inherit from your parents, that define characteristics such as how likely you are to get certain disorders. in the brain. These tags, called epigenetic markers, are actually molecules that attach to genes. They can have a lasting effect on whether the genes are turned off or on.

Some NIH-funded studies have shown that suicide victims who were abused as children have unique epigenetic markers on certain genes. These markers were not found in suicide victims with no history of childhood abuse or in people who died in accidents. More research into how stress affects genes and suicide risk might offer new chances for early intervention.

Current approaches to treating or preventing suicide generally aim to relieve the accompanying mental condition or other risk factors. “If you focus on making people who have mental disorders as well as they can be, managing life as well as they can or reducing their suicidal thoughts, you can greatly reduce suicide overall,” says Meinecke.

Medications—such as antidepressants and antipsychotics—can help. Psychotherapy, or “talk therapy,” can also be effective. One type, called cognitive behavioral therapy, can help people learn new ways to deal with stressful situations by training them to consider alternative actions when thoughts of suicide arise.

One of the most effective tools for preventing suicide is to know the warning signs and take quick action to get the person into treatment. “One of the biggest indicators of suicide risk is when somebody begins talking about suicide,” says Dr. David Brent, a psychiatrist at the University of Pittsburgh who studies suicide in families. “We used to think that talking about suicide meant you weren’t going to do it, but it’s really the opposite. Other warning signs include withdrawal from usual activities, a change in mood or a change in sleep patterns.”

Never ignore someone’s talk of suicide. You can ask directly if the person has ever thought of harming himself or herself. Most people will answer honestly, and the question itself won’t push a person to attempt suicide.

See the “Wise Choices” box to learn more, or call the National Suicide Prevention Lifeline at 1-800-273-TALK (8255). This free, federally funded service is available to anyone, 24 hours a day, 7 days a week. All calls are confidential.

Mindfulness for Your Health

The more warning signs, the greater the risk of suicide. Get help from a mental health professional or the National Suicide Prevention Lifeline at 1-800-273-TALK.