Catching a Cold When It’s Warm

What’s the Deal with Summertime Sniffles? 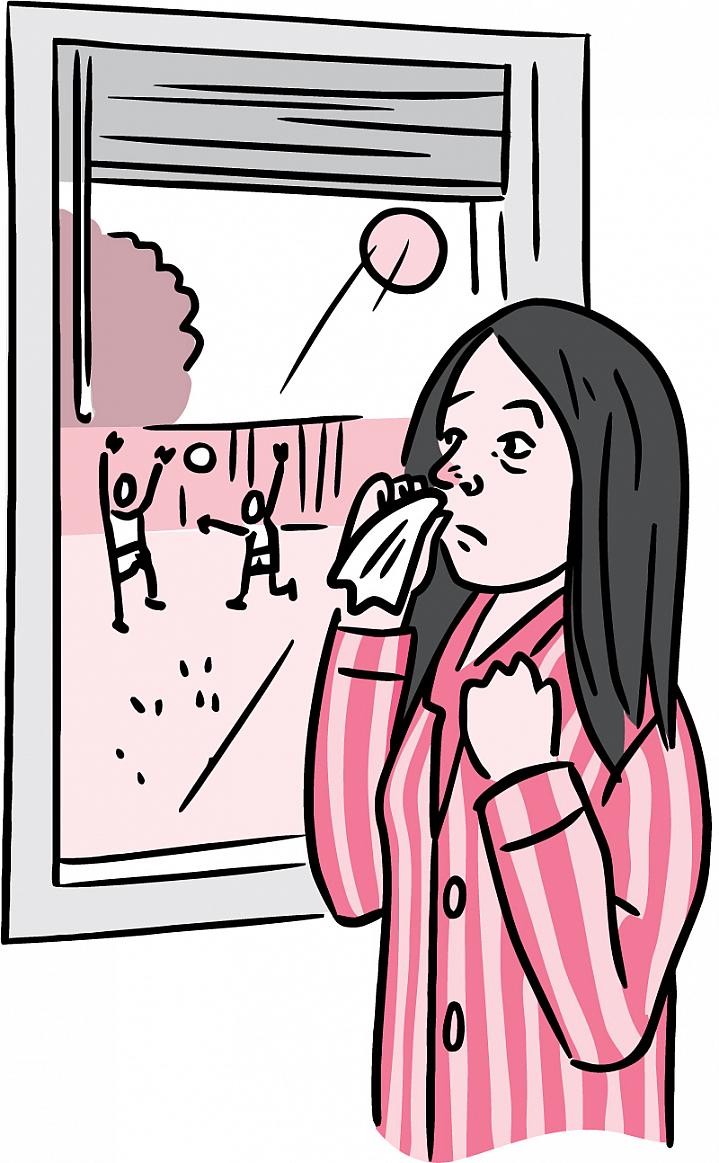 Most everyone looks forward to summer—time to get away, get outside and have some fun. So what could be more unfair than catching a cold when it’s warm? How can cold symptoms arise when it’s not cold and flu season? Is there any way to dodge the summertime sniffles?

Cold symptoms can be caused by more than 200 different viruses. Each can bring the sneezing, scratchy throat and runny nose that can be the first signs of a cold. The colds we catch in winter are usually triggered by the most common viral infections in humans, a group of germs called rhinoviruses. Rhinoviruses and a few other cold-causing viruses seem to survive best in cooler weather. Their numbers surge in September and begin to dwindle in May.

Enteroviruses can infect the tissues in your nose and throat, eyes, digestive system and elsewhere. A few enteroviruses can cause polio, but vaccines have mostly eliminated these viruses from Western countries. Far more widespread are more than 60 types of non-polio enteroviruses. They’re the second most common type of virus—after rhinovirus—that infects humans. About half of people with enterovirus infections don’t get sick at all. But nationwide, enteroviruses cause an estimated 10 million to 15 million illnesses each year, usually between June and October.

Enteroviruses can cause a fever that comes on suddenly. Body temperatures may range from 101 to 104 °F. Enteroviruses can also cause mild respiratory symptoms, sore throat, headache, muscle aches and gastrointestinal issues like nausea or vomiting.

“All age groups can be affected, but like most viral infections, enterovirus infections predominate in childhood,” says Pichichero. Adults may be protected from enterovirus infections if they’ve developed antibodiesGerm-fighting molecules made by the immune system. from previous exposures. But adults can still get sick if they encounter a new type of enterovirus.

To prevent enterovirus infections, says Pichichero, “it’s all about blocking viral transmission.” The viruses travel in respiratory secretions, like saliva or mucus, or in the stool of an infected person. You can become infected by direct contact. Or you might pick up the virus by touching contaminated surfaces or objects, such as a telephone, doorknob or baby’s diaper. “Frequent hand washing and avoiding exposure to people who are sick with fever can help prevent the spread of infection,” says Pichichero.

The summer colds caused by enteroviruses generally clear up without treatment within a few days or even a week. But see a health care provider if you have concerning symptoms, like a high fever or a rash.

There’s no cure for a cold, but you can relieve symptoms by: