Get the Facts About Radiation 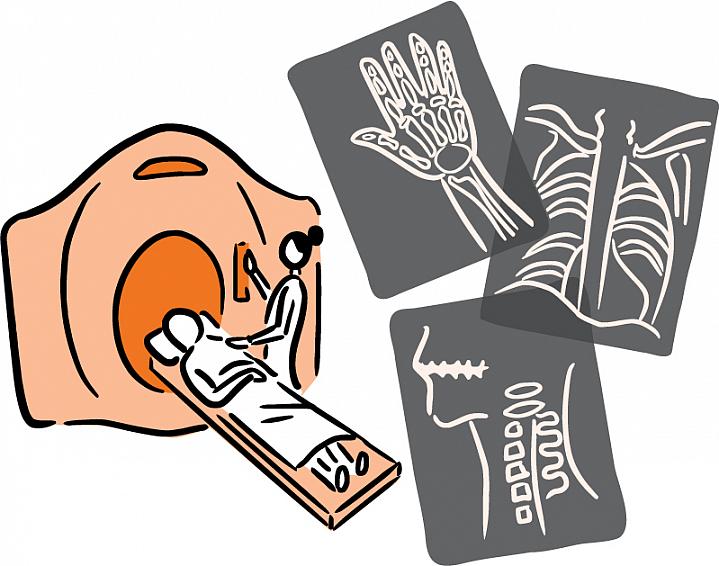 Radiation can be dangerous, but it can also save lives. How can that be? Harnessed properly, radiation can help diagnose and even treat disease. So when you’re faced with a medical test that uses radiation, don’t let fear get in your way. Learn about the risks and benefits, and know what questions to ask. If medical radiation is really needed, take steps to ensure that it’s done as safely as possible.

Radiation, simply put, is the transfer of energy through space. The energy may be in the form of invisible particles or waves. Radiation is all around us—and has been throughout our evolution—so our bodies are designed to deal with the low levels we’re exposed to every day. Excess radiation, however, can damage tissues and lead to serious problems.

Why is radiation used in medicine? “Radiation allows radiologistsDoctors who specialize in creating and analyzing images of the inside of the body. The pictures might be produced with X-rays, sound waves or other types of energy. and other physicians to see internal parts of the body that they aren’t able to see directly with their eyes or through other physical examination measures,” explains Dr. Steven Krosnick, a radiologist at NIH.

Techniques like x-raysA type of radiation used to diagnose and treat cancer and other diseases. and CT scansShort for “computed tomography,” this method uses special X-ray equipment to create 2- or 3-D pictures of organs and structures inside the body. send controlled amounts of radiation through the body and create images based on what comes through the other side. Another imaging method called nuclear medicine uses compounds that emit radiation, which can then be detected outside the body. Injected or swallowed, these compounds can target a specific area and reveal internal problems. Or they can be used to track how well internal organs are working.

With these advanced imaging tools, doctors can detect disease early, when it’s easier to treat. As a result, use of medical radiation has been rising. But with these benefits come some risks.

“One of the main risks of being exposed to radiation is the possibility of developing a cancer,” says Krosnick. Cancer takes years to develop, so it’s nearly impossible to tell exactly what causes any given cancer. As a result, it’s hard for researchers to gauge exactly how much risk a given amount of radiation poses.

Children’s growing bodies are even more susceptible to radiation damage than those of adults. Children have a long lifetime ahead. Any damage caused by radiation has a longer period of time to show itself.

Earlier this year, a worrisome report linked childhood CT scans to 2 types of cancer later in life: leukemia and brain cancer. The NIH-funded study looked at more than 175,000 children and young adults. Depending on the radiation dose, those who’d received 2 or more scans had a small boost in cancer risk. Because these cancers are rare, the benefits of CT scans likely outweigh the risks, the researchers concluded. Still, they suggest that doctors consider alternatives to CT scans or use the lowest possible radiation doses.

“The fundamental thing to understand is that these procedures all deliver a generally low amount of dose,” says Dr. George Sgouros at the Johns Hopkins University School of Medicine. “In some cases, depending on your disease, it’s potentially riskier to not get the scan or nuclear medicine procedure than to get it.”

Sgouros and his colleagues have been investigating how to strike a balance between radiation risk and the benefit of having clear images for diagnosis. “If you’re so concerned about the radiation risk that you give too little, you could misdiagnose the patient,” he says.

Traditionally, the amount of radiation used in an imaging test was based on weight. Sgouros’s team used computer simulations to examine the effects of different doses in a nuclear medicine scan. “We found that we could give roughly half as much of the radioactivity to a tall, thin child than to a short, stout child and get the same quality image,” he says.

His group is now planning to do similar analyses for a variety of different body shapes and sizes. Eventually, the researchers hope to create guidelines that take into account not only weight but also height, sex, age and other factors. Similar efforts are under way to optimize CT scans and X-rays.

Dr. Rebecca Smith-Bindman of the University of California, San Francisco, has been studying the trends. She thinks we’re turning to radiation-based tests too often. This summer, her group published a report showing a sharp rise in the use of these tests between 1996 and 2010. “It’s not just the sick and the intensive care patients getting these exams,” she says. “Everyone’s getting them, across a whole spectrum of disease, both serious and trivial, and therefore any potential harm really needs to be considered.”

If a doctor recommends a test that uses radiation, ask about its risks and benefits. If the test is truly needed, do some research into the imaging facilities. Find one that monitors the doses they’re giving patients and takes pride in low doses. “We have found that there’s enormous variation in dose for the same clinical test,” Smith-Bindman says. Doses can vary not only between facilities, she explains, but at the same facility based on the time of day and who’s conducting the test.

If you’re faced with the prospect of an imaging test, fight fear with knowledge. Check out our “Wise Choices” box for some questions to ask your doctor.

Ask About Your Imaging Test

If you’re considering an imaging test, here are some questions to ask: