Move for Your Health 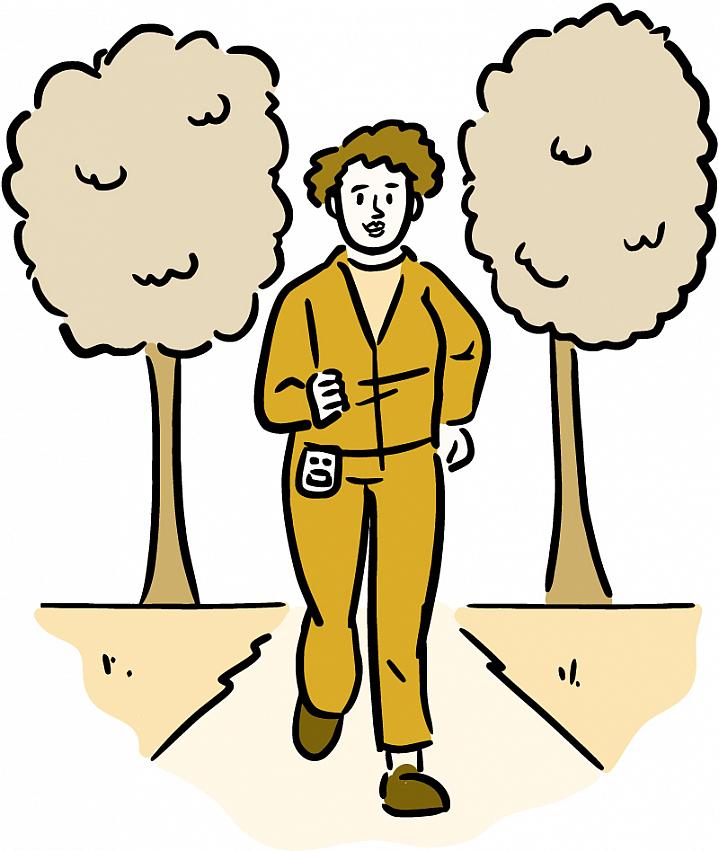 Had an exhausting day? Think you deserve to kick back and relax? You might want to think again. If you’re like most people nationwide, you’ve spent more than half of your waking hours sitting or inactive for long stretches of time—at work, at school, in the car or watching TV or another type of screen. Maybe it’s time to try standing up instead of putting your feet up.

Scientists estimate that Americans ages 12 and up now spend most of their time—about 8 to 10 hours a day—sitting and doing things that require little energy. The groups who sit the most are teens and older adults.

What’s so bad about sitting? Sedentary behavior—which usually means sitting or lying down while awake—has been linked to a shorter lifespan and a wide range of medical problems.

Studies have found that any time you get up and move, you’re improving your chances for good health. “Some of us are sort of forced into sedentary lifestyles by our jobs, by school or by commuting,” says Dr. Donna Spruijt-Metz, who studies childhood obesity at the University of Southern California. “But research suggests that breaking up sedentary time with even short bouts of activity—like getting up from your desk and moving around—is associated with smaller waist circumference and other indictors of good health.”

When you’re upright and active, even briefly, your body is at work. “You’re engaging a wide range of systems in your body when you move throughout your day,” says Dr. Charles E. Matthews, who studies physical activity and cancer risk at NIH. “Your muscles are contracting, you’re maintaining your balance, and you’re resisting the force of gravity.”

When you’re sitting, Matthews says, “muscle contractions go way down, and your body’s resistance to gravity decreases.” When you sit for long periods, your body adapts to the reduced physical demand and slows down its metabolismChemical changes within the body that create the energy and substances you need to grow, move and maintain your health.. When metabolism slows, you burn fewer calories and boost the chance that extra energy will be stored as fat.

The best way to raise your metabolism is simply by moving. The more you move, the better. A new study led by NIH’s Dr. Steven Moore looked at data on more than 650,000 adults, mostly age 40 and older. The researchers found that leisure-time physical activity was linked to a longer life expectancy, regardless of how much people weighed.

The outcomes weren’t so positive for those who were both overweight and did no exercise. “People who were obese and inactive lost about 7 years of life compared to normal weight people who were active,” Moore says.

The many benefits of moderate to vigorous activity have been much studied. Moderate to vigorous exercise gets your heart pumping and boosts blood levels of “good” cholesterol. Moving at moderate to vigorous intensity also strengthens your bones and muscles and lessens your risk for a wide range of health problems, including stroke, diabetes, certain types of cancer, osteoporosis and arthritis.

That’s why the experts recommend that adults aim to exercise at least 2 and a half hours a week at moderate intensity or 75 minutes a week at a vigorous level. You might exercise at moderate intensity for 30 minutes, 5 days a week, or try 45 to 60 minutes, 3 days a week. If your goal is to exercise for a half hour a day, you might break that up into shorter periods (of at least 10 minutes at a time) that add up to 30 minutes.

Although the benefits of intense activity are clear, less is known about the long-term impact of sedentary behavior. Since most people engage in a range of activities throughout each day, it can be challenging to tease apart the effects that sitting and non-exercise activity can have over time.

An NIH-funded study by Matthews and colleagues found that extended periods of sitting might take a toll on your lifespan even if you exercise. The decade-long study looked at more than 240,000 adults. “Even those who were exercising a lot—7 or more hours per week—had an elevated risk for death from all causes or from cardiovascular disease if they also watched a large amount of TV (more than 7 hours per day),” says Matthews. “It suggests that a substantial amount of exercise may not always protect against the adverse effects of prolonged sitting.”

“Sedentary behavior is not simply the opposite of physical activity,” says Dr. John Jakicic, who studies the biology of exercise at the University of Pittsburgh. “It’s not as if you’re either sitting and doing nothing or you’re physically active. There’s a gray zone that includes light activity,” such as standing up, casual walking or grocery shopping.

Scientists have had difficulty accurately monitoring how long and at what intensity people are actually moving each day. More than a decade ago, most studies of everyday activity relied on self-reports—like questionnaires or diaries of physical activity—which can be inaccurate.

Today, mobile technologies—such as smart phone apps and electronic activity monitors—are helping scientists gather better data. Study participants wear these small devices all day long. They provide data on what people are actually doing as they move throughout their day.

“Is it really the sedentary behavior that causes harm? Or is it the lack of physical activity at the right intensity that’s the problem? I don’t think we have the answers yet,” says Jakicic. With the help of new technologies, Jakicic and others are working toward answers.

“Based on findings we’ve seen in several studies to date, I think it’s a combination of lower levels of sedentary behavior and higher levels of activity that provide the most benefit,” says Matthews.

“You can alter your routine just a little bit every day so you’ll move more and sit less,” says Spruijt-Metz. “Don’t use the phone or email if you can take a walk and talk to someone in person. Get yourself a step-counter and try to get in 10,000 steps a day. There are many ways to add movement without going to the gym.”

The bottom line is, look for opportunities to be active throughout your day. Get moving as much as you can!