Uncovering Clues to a Complicated Condition 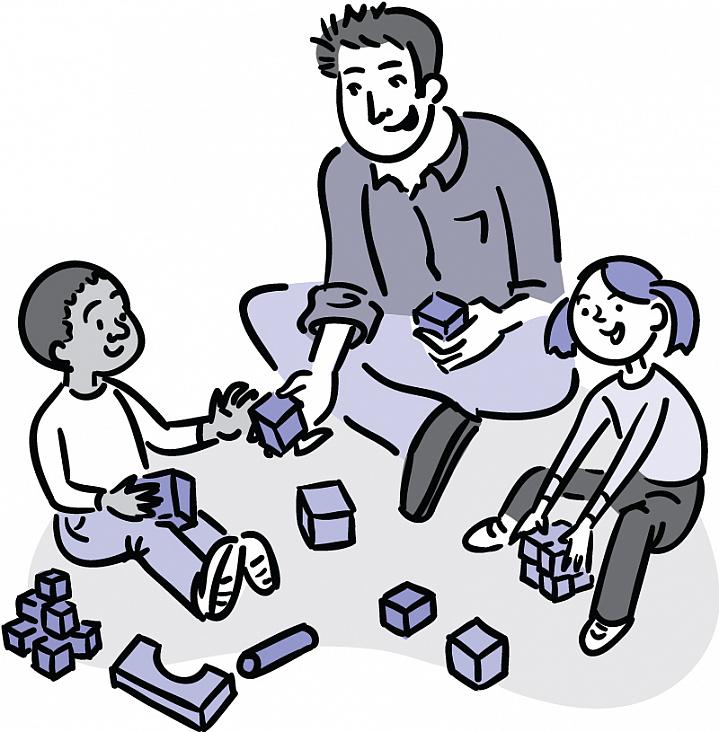 Autism is a complex brain disorder that first appears during early childhood. It affects how a person behaves and interacts with others. People with autism might not look you in the eye when talking. They may spend a lot of time lining up toys or other objects. Or they may say the same sentence over and over.

The disorder is so variable—affecting each person in very different ways—that it can be difficult to diagnose and treat. This variability is why autism is called a “spectrum” disorder. It spans the spectrum from mild to severe and includes a wide range of symptoms.

NIH-funded scientists have been working to uncover the secrets of autism. They’ve identified genesStretches of DNA, a substance you inherit from your parents, that define characteristics such as how likely you are to get certain diseases. that may boost the risk for autism. They’ve developed therapies that can help many of those affected. And they’ve found that starting treatment as early as possible can lead to better outcomes. Still, there’s much more we need to learn about this complicated condition.

About 1 in 88 children may have autism spectrum disorder, according to the U.S. Centers for Disease Control and Prevention. The number of affected children has been growing in recent years. Many researchers believe this increase is due to better diagnosis and awareness. Others suspect that yet-unknown factors may be partly to blame.

Although the exact causes of autism are unclear, research suggests that both genes and the environment play important roles. Autism affects a child’s development in different ways, and so it’s known as a developmental disorder.

Parents are often the first to suspect that something may not be quite right with their child’s development. They may notice their baby doesn’t make eye contact, becomes overly focused on certain objects or isn’t “babbling” like other children the same age.

“A parent may first have concerns when a child is under 2 years of age,” says Dr. Connie Kasari, a child development expert at the University of California, Los Angeles. “A more certain diagnosis can usually be made by age 2, but some cases might not be clear until much later.”

There are no direct tests, like blood tests or brain scans, that can identify autism. Instead, the condition is diagnosed by looking at a child’s behaviors and development.

“All affected children have some sort of social impairment, but symptoms vary along a continuum,” Kasari says. “Impairment can range from kids who are in their ‘own world’ and seemingly unaware of others to high-functioning individuals who are just awkward and seem to miss the point of social interactions.”

In May 2013, the American Psychiatric Association updated an important book that’s used to diagnose and classify mental disorders. The DSM-5 (Diagnostic and Statistical Manual of Mental Disorders, 5th edition) includes an updated definition for autism spectrum disorder. The condition is now identified by looking for 2 broad categories of symptoms: problems with social communication and the presence of “stereotyped” behaviors, such as walking in certain patterns or insisting on specific or unusual routines. To be diagnosed with autism, these symptoms must arise during early childhood, even if they’re not noticed until later, when social demands increase.

“The new DSM-5 definition moves all the disorders into a single spectrum, rather than the 4 separate autistic disorders described in the past,” says NIH pediatrician and neuroscientist Dr. Susan Swedo. She chaired the expert panel that updated the DSM-5 definition of autism spectrum disorders. “The new criteria are also more inclusive of minorities, adolescents and young adults with autism than the previous edition, which focused more on boys ages 4 to 9.”

Getting diagnosed as early as possible is crucial. “Autism is treatable even though it’s not curable,” says Dr. David Mandell, an expert in autism and health services at the University of Pennsylvania. “If we intervene early enough with appropriate and intensive care, we can reduce a lot of impairments for many kids who have autism.”

Research has shown that therapies focusing on behavior and communication can be helpful. Some drugs can also reduce certain related symptoms, but no medications have been approved by the U.S. Food and Drug Administration specifically for treating the main symptoms of autism.

“Because autism is such a complicated disorder, no one therapy fits everyone,” Kasari explains.

Kasari and her colleagues developed and tested several treatments that focus on improving social skills and communication. In one study, preschoolers with autism received intense training in basic skills such as playing and sharing attention. Five years later, these children tended to have stronger vocabularies and better communication skills than children who received standard therapy.

“We’ve found that if we can improve these basic skills, we can also improve language learning for these kids,” Kasari says. “We’re now studying 2 potential therapies in at-risk babies, ages 12- to 21-months old, to see if we can push language development along faster for the children.”

Scientists are also looking for ways to predict likely outcomes for children with autism. One NIH-funded team found that the brain waves of some 2-year-olds with autism can have a distinctive pattern when they listen to familiar words. The children with more severe social symptoms didn’t have a typical focused response in the brain region that processes language. Follow-up studies showed that these brain responses predicted the children’s developmental abilities 2 and 4 years later.

“In the future, we’d like to be able to assess a child based on brain function or their genetic profile and then identify the intervention that might be best for that particular kid,” Mandell says.

A growing number of studies are looking at autism in older age groups. “While we think about autism as a disorder of childhood, it actually continues through adolescence and into adulthood,” Mandell says. “Some adults with autism have been misdiagnosed, and they can find themselves being treated for other conditions. We’d like to develop better screening tools and ultimately provide these adults with skills and supports to help them become happy and productive citizens.”

While research is ongoing, it’s clear that early diagnosis and treatment can improve outcomes for those with autism. If you’re concerned about your child’s social communication and behaviors, don’t wait. Talk with your child’s doctor. You may be referred to a specialist who can do a thorough evaluation. The earlier autism is diagnosed, the sooner specific therapy can begin.

Children with autism may:

CDC recommends that children be screened for developmental delays and disabilities during regular doctor visits at 9, 18, and 24 or 30 months, with screening for autism at 18 and 24 months.