Matching Treatments to Your Genes 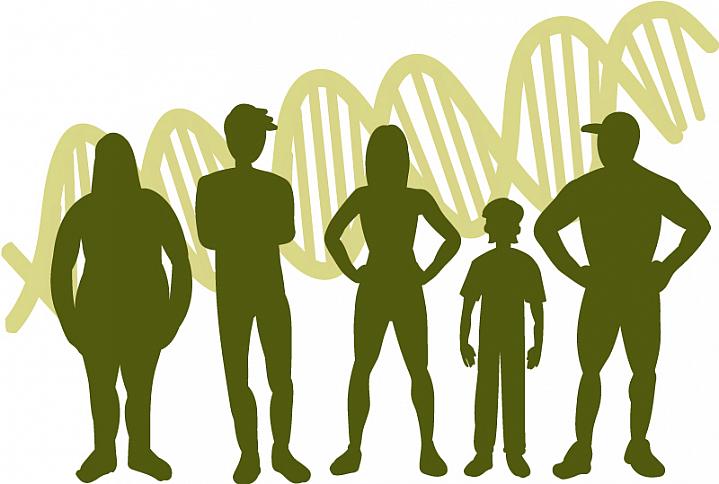 You’re one of a kind. It’s not just your eyes, smile, and personality. Your health, risk for disease, and the ways you respond to medicines are also unique. Medicines that work well for some people may not help you at all. They might even cause problems. Wouldn’t it be nice if treatments and preventive care could be designed just for you?

The careful matching of your biology to your medical care is known as personalized medicine. It’s already being used by health care providers nationwide.

The story of personalized medicine begins with the unique set of genes you inherited from your parents. Genes are stretches of DNA that serve as a sort of instruction manual telling your body how to make the proteins and perform the other tasks that your body needs. These genetic instructions are written in varying patterns of only 4 different chemical “letters,” or bases.

The same genes often differ slightly between people. Bases may be switched, missing, or added here and there. Most of these variations have no effect on your health. But some can create unusual proteins that might boost your risk for certain diseases. Some variants can affect how well a medicine works in your body. Or they might cause a medicine to have different side effects in you than in someone else.

The study of how genes affect the way medicines work in your body is called pharmacogenomics.

“If doctors know your genes, they can predict drug response and incorporate this information into the medical decisions they make,” says Dr. Rochelle Long, a pharmacogenomics expert at NIH.

It’s becoming more common for doctors to test for gene variants before prescribing certain drugs. For example, children with leukemia might get the TPMT gene test to help doctors choose the right dosage of medicine to prevent toxic side effects. Some HIV-infected patients are severely allergic to treatment drugs, and genetic tests can help identify who can safely take the medicines.

“By screening to know who shouldn’t get certain drugs, we can prevent life-threatening side effects,” Long says.

Pharmacogenomics is also being used for cancer treatment. Some breast cancer drugs only work in women with particular genetic variations. If testing shows patients with advanced melanoma (skin cancer) have certain variants, 2 new approved drugs can treat them.

Even one of the oldest and most common drugs, aspirin, can have varying effects based on your genes. Millions of people take a daily aspirin to lower their risk for heart attack and stroke. Aspirin helps by preventing blood clots that could clog arteries. But aspirin doesn’t reduce heart disease risk in everyone.

NIH-funded researchers recently identified a set of genes with unique activity patterns that can help assess whether someone will benefit from taking aspirin for heart health. Scientists are now working to develop a standardized test for use in daily practice. If doctors can tell that aspirin won’t work in certain patients, they can try different treatments.

One NIH-funded research team studied a different clot-fighting drug known as clopidogrel (Plavix). It’s often prescribed for people at risk for heart attack or stroke. Led by Dr. Alan Shuldiner at the University of Maryland School of Medicine, the team examined people in an Amish community. Isolated communities like this have less genetic diversity than the general population, which can make it easier to study the effects of genes. But as in the general population, some Amish people have risk factors, such as eating a high-fat diet, that raise their risk for heart disease.

Many of the Amish people studied had a particular gene variant that made them less responsive to clopidogrel, the scientists found. Further research revealed that up to one-third of the general population may have similar variations in this gene, meaning they too probably need a different medicine to reduce heart disease risks.

The findings prompted the U.S. Food and Drug Administration (FDA) to change the label for this common drug to alert doctors that it may not be appropriate for patients who have certain gene variations. Two alternative drugs have since been developed. “If people have these gene variants, they know they have options,” says Shuldiner. “This is a great example of how study results made it onto a drug label and are beginning to be implemented into patient care.”

Getting a genetic test usually isn’t difficult. Doctors generally take a sample of body fluid or tissue, such as blood, saliva or skin, and send it to a lab. Most genetic tests used today analyze just one or a few genes, often to help diagnose disease. Newborns, for example, are routinely screened for several genetic disorders by taking a few drops of blood from their heels. When life-threatening conditions are caught early, infants can be treated right away to prevent problems.

The decision about whether to get a particular genetic test can be complicated. Genetic tests are now available for about 2,500 diseases, and that number keeps growing. Your doctor might advise you to get tested for specific genetic diseases if they tend to run in your family or if you have certain symptoms.

“While there are many genetic tests, they vary as to how well they predict risk,” says Dr. Lawrence Brody, a genetic testing expert at NIH.

For some diseases, such as sickle cell anemia or cystic fibrosis, inheriting 2 copies of abnormal genes means a person will get that disease. But for other diseases and conditions, the picture is more complex. For type 2 diabetes, testing positive for some specific gene variants may help predict risk, but no better than other factors—such as obesity, high blood pressure and having a close relative with the disease.

The latest approach to personalized medicine is to get your whole genomeThe entire set of genetic instructions in your body. sequenced. That’s still expensive, but the cost has dropped dramatically over the past decade and will likely continue to fall. Since your genome essentially stays the same over time, this information might one day become part of your medical record, so doctors could consult it as needed.

You can start to get a sense of your genetic risks by putting together your family’s health history. A free online tool called My Family Health Portrait from the U.S. Surgeon General can help you and your doctor spot early warning signs of conditions that run in your family.

But personalized medicine isn’t just about genes. You can learn a lot about your health risks by taking a close look at your current health and habits. Smoking, a poor diet, and lack of exercise can raise your risks for life-threatening health problems, such as heart disease and cancer. Talk to your health care provider about the steps you can take to understand and reduce your unique health risks.

Getting a Genetic Test

Genetic tests aren’t necessarily for everyone. You and your doctor might consider analyzing your genes or genome: