Avoiding the Ache and Agony 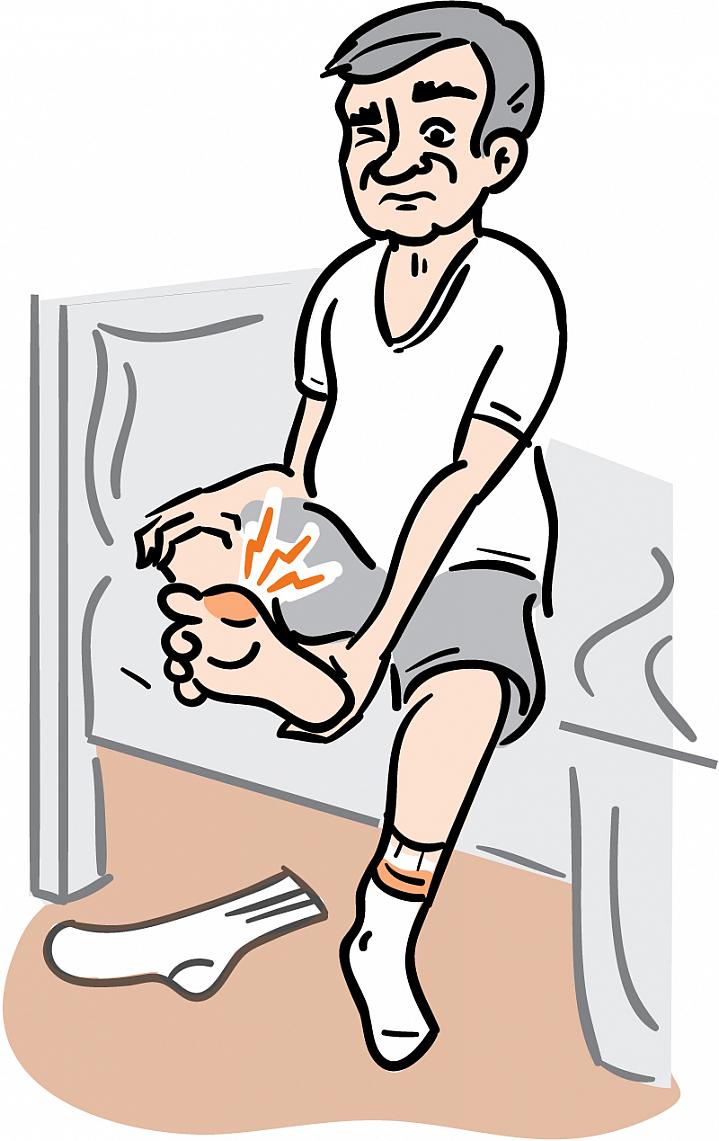 Sudden, painful swelling at the base of the big toe is often the first warning sign of gout. It can affect other joints as well. Without treatment, gout can lead to severe joint damage and make it hard for you to move. The good news is, most types of gout are treatable, especially if caught early.

About 4% of adults in the U.S. have been diagnosed with gout. It’s a form of arthritis—in fact, the 2nd most common form after osteoarthritis. And it’s a growing problem.

“The prevalence of gout more than doubled nationwide between the 1960s and 1990s, and the increases have continued into the 1990s and 2000s,” says Dr. Hyon Choi, a physician who studies gout at Boston University School of Medicine.

Experts suspect that climbing rates of obesity and high blood pressure are partly to blame for the rise in gout. Gout has also been linked to other medical conditions, such as kidney problems, diabetes, and heart disease.

Gout is caused by tiny needle-like crystals that build up in the joints, leading to sudden inflammationSwelling and redness caused by the body’s protective response to injury. and intense pain. The crystals are made of uric acid, a substance that normally dissolves in the blood and passes out of the body in urine. But in people with gout, high blood levels of uric acid allow crystals to form in the joints and sometimes in the kidneys, where they create kidney stones.

Uric acid comes from the breakdown of substances called purines. Purines are naturally found in your body’s tissues and in many foods. Eating purine-rich foods—such as organ meats, mussels, and mushrooms—can bring on or worsen a gout attack. Alcohol or stress can also trigger an episode.

Gout symptoms usually arise at night. It normally affects one joint at a time, often in the feet, hands, elbows, or knees.

“Gout primarily affects men who are middle aged or older,” Choi says. “Postmenopausal women are at risk too, especially if they are obese or have high blood pressure or unhealthy dietary habits, such as drinking large amounts of alcohol or sugary soda.”

The risk also rises if you have a family member with gout or if you take certain medicines, such as water pills (diuretics) or low-dose aspirin.

Early gout attacks tend to fade within a week. It may be months or even years before the next attack hits. But over time, gout may appear more often and last longer if left untreated.

Most people with gout can control their symptoms through lifestyle changes and medications. Non-steroidal anti-inflammatory drugs (NSAIDs) can ease the swelling and pain of sudden attacks. Oral or injected steroids and a drug called colchicine can also help.

If frequent gout attacks become a problem, doctors may prescribe uric acid-lowering medicines. But once begun, these drugs often must be taken long term.

“If it’s left untreated, gout can eventually lead to damage and deformity of the joints—a condition called chronic gout,” says Choi. “In general, chronic gout arises only after many years of suffering.”

If you have repeated attacks of pain and swelling in your joints, talk to a health care provider. “If you have gout, the earlier you’re diagnosed and treated—along with making healthy lifestyle changes—the better off you’ll be,” says Choi.

If You Have Gout

To ease or prevent gout attacks: