Protect It From Harm 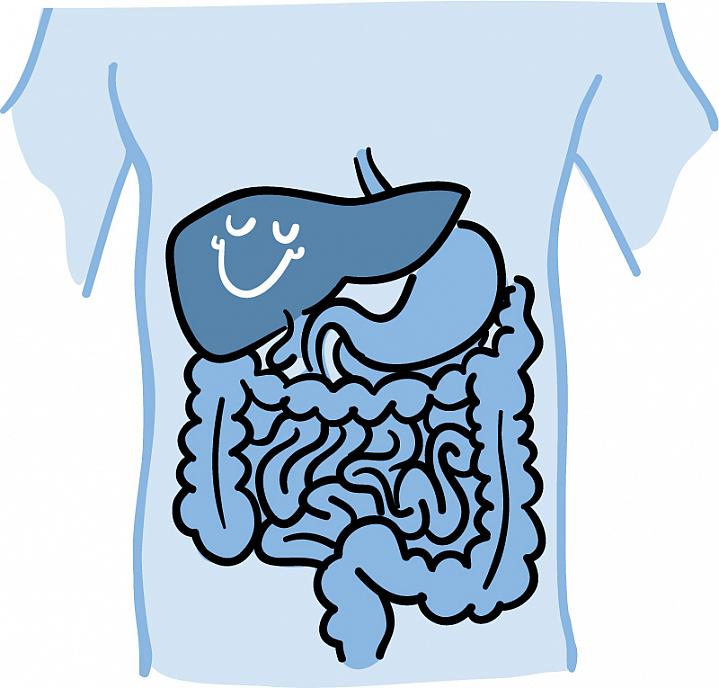 Your liver works hard to protect your health. It’s a rugged, strong organ. But certain things—like alcohol, drugs, viruses, and excess weight—can damage it. You may not even realize when your liver is struggling, because liver disease usually has no symptoms until the problem becomes severe. Help your liver to guard your health by avoiding the things that might cause it harm.

The liver is the largest organ inside your body. It’s about the size of a football, and rests just under your ribs against the right side of your stomach.

“The liver performs an amazing set of functions that keep you healthy,” says Dr. Jake Liang, a liver specialist and researcher at NIH.

Your liver helps fight infections. It cleans your blood by getting rid of your body’s natural waste products and other harmful substances, including alcohol and drugs. “The liver also transforms the foods you eat into energy and nutrients your body can use, and it regulates how nutrients flow to different parts of the body when needed,” Liang says.

Your liver can keep working even if part of it is damaged or removed. But if it starts to shut down completely—a condition known as liver failure—you can survive for only a day or 2 unless you get emergency treatment.

Many things can affect liver function. Some liver problems are inherited from your parents, some are caused by viruses (certain kinds of hepatitisA general term for liver inflammation (damage caused by the body’s protective response to injury or illness)., and some are related to your behavior. Certain liver diseases go away on their own. Others can last a lifetime and cause serious illness.

Although liver disease often has no symptoms, warning signs can include a swollen abdomen, nausea, itching, or jaundice (having a yellow tint to the skin and the whites of the eyes).

NIH supports large research networks across the country to learn more about liver disease. For instance, teams of scientists nationwide have joined forces to study rare and often-deadly liver disorders that strike newborns and older children.

“Research networks are important because no single medical center has enough patients with rare diseases to do a rigorous study or test new treatments,” says Dr. Edward Doo, a liver disease expert at NIH. “With this large pediatric network, we can combine the efforts and expertise of many clinical centers that specialize in rare childhood liver diseases.”

Other NIH studies are focusing on an increasingly common type of liver disorder—known as fatty liver disease—that affects both children and adults. A healthy liver contains just a little fat or none at all. But too much fat buildup in liver cells can cause swelling and damage. Over time, the excess fat can lead to cirrhosisA condition in which scar tissue replaces healthy liver cells. Commonly caused by alcoholism, hepatitis C, and non-alcoholic fatty liver disease., liver cancer, and even liver failure.

“Estimates vary, but 2 different studies in the past decade suggest that about 30% to 45% of Americans have excess fat in the liver,” says Dr. Yaron Rotman, an NIH specialist in fatty liver disease. “It’s also becoming a huge problem for children and teens.”

Drinking too much alcohol can cause fatty liver. But a growing number of people who drink little or no alcohol are also being diagnosed with fatty liver. “The rise seems to be tied to the nation’s obesity epidemic,” says Doo.

In its early stages, fatty liver disease usually has no symptoms. It’s often first detected by blood tests for liver function. But these tests can’t tell the difference between mild fatty buildup and more serious damage. And some people with fatty liver disease can have normal blood tests. The only sure way to diagnose the severity of fatty liver disease is by getting a liver biopsy. For this test, a doctor inserts a thin needle through the skin and into the liver to remove a small piece of tissue for analysis.

NIH-funded scientists have been searching for simpler ways to measure the severity of fatty liver disease. They’re also conducting clinical studies to assess possible treatments. There are currently no approved medications for fatty liver or its more severe form called NASH, or non-alcoholic steato-hepatitis.

“To treat fatty liver disease, we recommend lifestyle changes: Weight loss for people who are overweight, and exercise and a healthy diet to help reduce fat,” Rotman says. “In many patients, just a 5-8% reduction in body weight will translate into a large improvement to liver damage.” For people with alcohol-related fatty liver, stopping alcohol use can reverse or prevent further liver injury.

Another common type of liver disease—known as viral hepatitis—can be caused by at least 5 different viruses, named hepatitis A, B, C, D, and E. These infections can injure your liver and keep it from working properly.

“Collectively, about 20% of people worldwide may be affected by a hepatitis virus infection,” Liang says. “It’s a major public health problem.” The most common types in the United States are hepatitis A, B, and C.

Each hepatitis virus causes a different form of liver disease. All the viruses can trigger acute, or short-term, hepatitis. Hepatitis B, C, and D can also cause chronic hepatitis, in which the infection lasts a long time, sometimes for your whole life.

People are often exposed to hepatitis A and E viruses through contaminated food or water. “The other hepatitis viruses often pass through some type of break in the skin barrier, sometimes by injections or by close contact with blood or other body fluids,” Liang adds. Hepatitis B, C, and D can spread through sexual contact.

Because many infected people have few symptoms, they may not realize they have viral hepatitis. They can spread the infection to others without even knowing it.

Viral hepatitis is often treated with antiviral medications. Hepatitis A, B, and D infections can be prevented by vaccines. Practicing good hygiene—such as washing your hands and avoiding contact with infected blood—can also help block the spread of viral hepatitis.

Another potentially dangerous type of liver disease can be caused by taking certain drugs or supplements. “It’s important to be aware that a lot of drugs can cause liver injury,” Liang says. “This especially can be a problem for people who are taking several different medications.”

Taking too much acetaminophen (Tylenol) is the most common cause of sudden liver failure. “It’s particularly dangerous if you mix alcohol with acetaminophen or certain other drugs,” Liang adds. Talk with your doctor or pharmacist about all the medications you take and how they might affect your liver.

Maintain a healthy weight, stay physically active, and limit your alcohol use. Keep your liver healthy, and it will protect you for a lifetime.

Power to the Pelvis

For a Healthy Liver