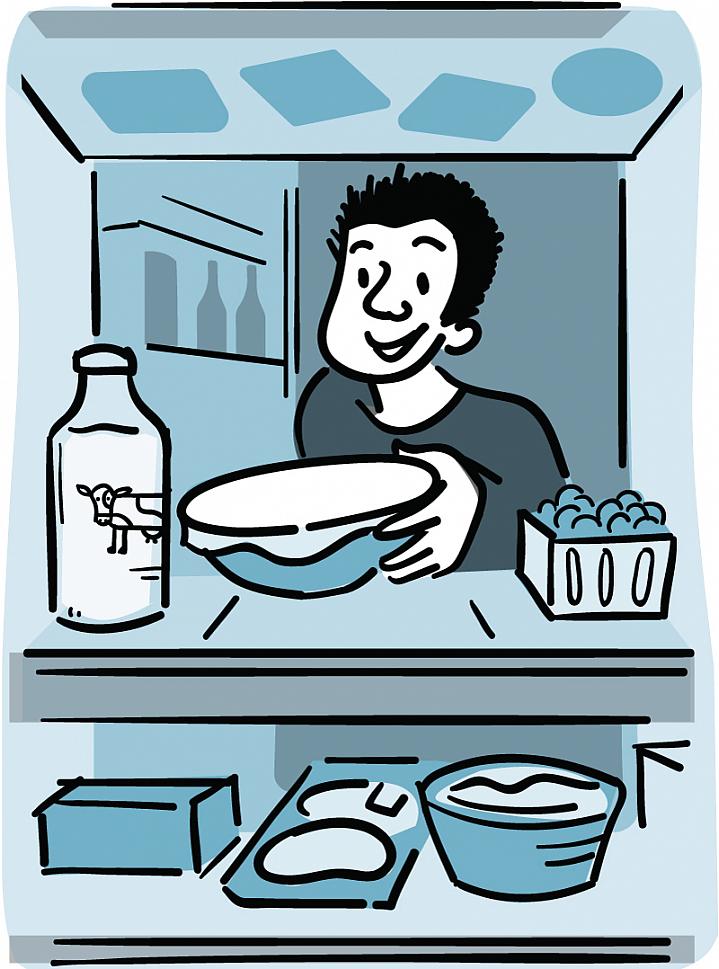 In warm-weather months, who doesn’t love to get outside for picnics, backyard gatherings, and of course delicious foods? But high temperatures raise your chance of getting sick from things you eat. Learn how to handle food properly to avoid the misery of food poisoning.

It can be hard to keep foods safe to eat during warmer weather. If you’re eating or preparing foods outside, you may have trouble finding places to wash your hands, keep foods cold, or cook at the proper temperature—all of which are important to prevent foodborne illness.

“Food poisoning occurs if the foods you eat contain certain microbesTiny germs, like bacteria and viruses, too small to see without a microscope. Some microbes cause disease. or the toxins they produce,” says Dr. Alison O’Brien, a food safety expert at the Uniformed Services University of the Health Sciences in Maryland. “You can get sick directly from swallowing the toxins. Or you can get sick if the microbes get into your gut and start to multiply.”

Each year, about 1 in 6 Americans get sick from tainted foods. Most foodborne illnesses arise suddenly and last only a short time. But food poisoning sometimes leads to more serious problems. Foodborne diseases kill about 3,000 people nationwide each year. Infants, older people, and those with compromised immune systems are especially at risk.

Many people know the symptoms of food poisoning: vomiting, diarrhea, abdominal pain, fever, or chills. The sickness may be mild or severe. It may last from a few hours to several days. The symptoms and length of illness depend on the type of disease-causing microbe or toxin you’ve swallowed.

The leading cause of foodborne disease outbreaks in the U.S. is norovirus. This highly contagious virus sickens more than 20 million people nationwide each year, leading to vomiting and diarrhea. Norovirus outbreaks can occur anywhere people gather or food is served.

“You can get norovirus when a sick food handler contaminates your food, possibly by not washing their hands well enough after touching the virus,” O’Brien says. “Swallowing just a little norovirus can make you very sick.”

Several types of bacteria can also cause food poisoning. Some foods you buy—such as raw meat or fruits and vegetables—may already contain bacteria that you need to wash off or cook to destroy. Bacteria can also thrive in certain foods if not stored properly.

Bacteria like Staph and Bacillus cereus can make you sick quickly, within 1 to 7 hours. These bacteria produce fast-acting toxins in foods (such as meat or dairy for Staph, and starchy foods like rice for B. cereus). Keeping such foods refrigerated at 40 °F or colder helps slow or stop the growth of these bacteria.

Other bacteria, such as Salmonella and Campylobacter, don’t make you sick until they get in your body and multiply. With these microbes, it can take 12 hours or a few days for you to feel ill. “Symptoms can include fever, cramps, and sometimes bloody diarrhea,” says O’Brien.

When you have a foodborne illness, you usually need to drink plenty of fluids. “But see a doctor if you have blood in your stool,” O’Brien advises. “And if a child seems to have food poisoning, you should have the child seen by a doctor.”

Eating Plan for a Healthy Heart