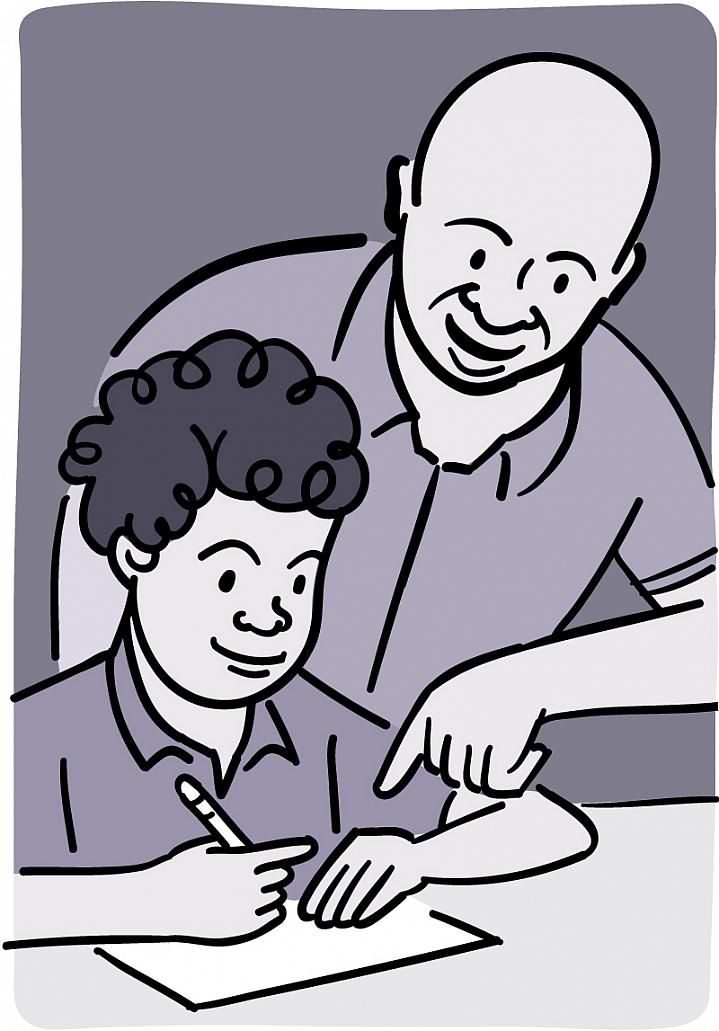 Most children get restless, rowdy, or distracted at times. That’s all part of being a kid. But some kids have such trouble paying attention, staying focused, and finishing tasks that it interferes with their schoolwork, home life, and friendships. These difficulties might be signs of a developmental disorder called attention deficit hyperactivity disorder, or ADHD.

ADHD is a common brain condition in children. Nationwide, more than 1 in 10 kids ages 4 to 17 have been diagnosed with ADHD. Many will have all or some of their symptoms as adults too. While there’s no cure for ADHD, it can be treated and managed with medication and therapy.

“Kids with ADHD are impaired in their functioning in school, with friends, in activities, at home, or in the community,” says Dr. Benedetto Vitiello, a psychiatrist and child mental health expert at NIH. “The diagnosis is made because the level of hyperactivity or lack of concentration is extreme and prevents the child from engaging in what would be expected activities appropriate to their development.”

Children with ADHD usually get diagnosed around age 7, but more severe cases may be identified earlier. Often a teacher or parent notices the child seems out of control and has more serious and persistent behavior problems than other kids the same age.

Some children with ADHD are hyperactive (overactive) and impulsive (acting quickly without thinking). These kids are constantly in motion, fidget a lot, and find it hard to sit still. They’re impatient and have trouble controlling their behavior or waiting their turn.

Other children with ADHD, especially girls, are mainly inattentive (have trouble paying attention). Kids with the inattentive kind of ADHD have a hard time concentrating and following instructions. They often forget and lose things; they can’t seem to get organized or complete assignments or chores. Most kids with ADHD have a combination of the hyperactive-impulsive and inattentive types.

Researchers have been studying what might cause ADHD. The condition tends to run in families, but experts believe many complex factors may play a role.

Studies suggest that some aspects of brain development can be delayed by 2 or 3 years in kids with ADHD, especially in the parts of the brain involved in thinking, planning, and paying attention. For many kids, Vitiello says, the brain later develops normally and these kids catch up, even though some symptoms may continue throughout their lives.

There’s no single test to diagnose ADHD. If you’re concerned about it, talk with your child’s doctor or a mental health specialist. Medication and counseling can help kids focus and learn skills so they eventually won’t need constant reminders to do and finish routine tasks.

“Make sure there’s a good schedule of activities and a system of reinforcing the child to follow through on assignments,” says Vitiello. “Reward the child for good behavior and discourage distraction, impulsiveness, and other problematic behaviors.”

The most effective ADHD medications are stimulants, Vitiello says. In kids with ADHD, stimulants reduce hyperactivity and improve attention. Children taking these drugs should be monitored by a doctor. If symptoms don’t improve, or if side effects occur (such as loss of appetite, difficulty sleeping, or anxiety), the doctor might lower the dose or change the medicine.

“Considering there are different types and forms of the condition,” says Vitiello, “each child and each family needs to identify and tailor the approach to that child, without relying just on medication alone.”

The Power of Peers

Help kids with ADHD stay on top of their game: