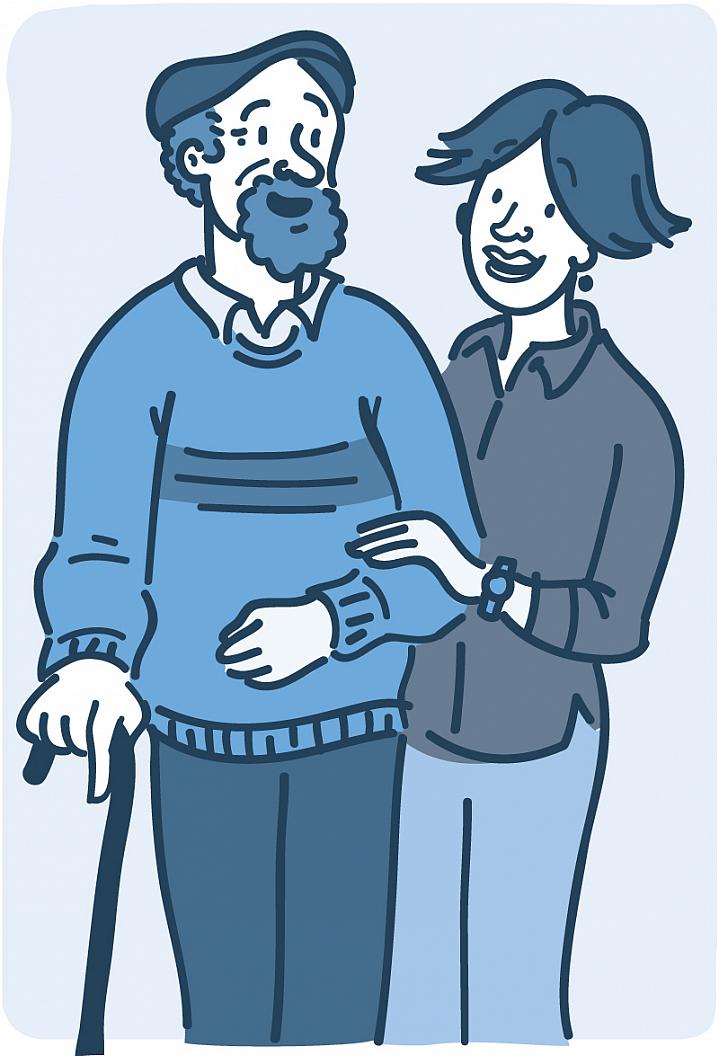 We rely on our brains for every movement we make, whether writing, walking, talking, or even sleeping. But a serious brain disorder like Parkinson’s disease can rob a person of the ability to do everyday tasks that many of us take for granted. There’s no cure, but treatment can help. And researchers continue to seek new understanding to improve medical care.

Parkinson’s disease evolves gradually over time. The early signs may be barely noticeable. A person’s movements may change slightly. You might notice slowness, rigidity, or difficulty balancing or walking. The person’s face may lack expression, or handwriting may become small and cramped. Eventually, these changes can become more severe and interfere with daily life. It might become harder to sleep, think, eat, speak, smell, and make decisions. As the disease worsens, symptoms may become difficult to control.

Although researchers don’t yet understand what causes Parkinson’s disease, the body’s genesStretches of DNA, a substance you inherit from your parents, that define characteristics such as eye color and your risk for certain diseases. likely play some role. A number of genes have been linked to the risk of developing Parkinson’s. “Diving deeper into the genetics of the disease is providing us with hints about the underlying biology,” says Dr. Beth-Anne Sieber, an NIH expert on Parkinson’s disease.

But genes are only part of the picture. NIH-funded scientists are searching for other factors that might lead to the disease. One goal of this research is to discover new targets for drugs that can slow disease progression.

If you notice any of the common signs of Parkinson’s disease, see a health care provider. Your doctor may refer you to a neurologist, a physician specializing in the nervous system. A careful exam and certain tests can help with diagnosis.

To treat Parkinson’s, doctors prescribe combinations of medicines that work to regulate dopamine in the brain. “This helps free up people to move better and lessens the troubling movement problems of Parkinson’s,” Sieber says.

A surgical procedure called deep brain stimulation is an option for some patients. In this approach, a small pacemaker-like system is placed in areas of the brain that control movement.

Research suggests that eating right and exercising may help reduce or delay symptoms. Scientists are studying how much and what kinds of exercise can most help improve patient health and quality of life.

Many potential new treatments for Parkinson’s disease are now being studied in NIH-funded clinical trials. “There’s a great need for people with Parkinson’s and their families to participate in clinical research,” says Sieber. “Participation is key.”

To learn more about participating in NIH research on Parkinson’s disease, or to find a clinical trial, visit www.nih.gov/health-information/nih-clinical-research-trials-you.

Know the Signs of Parkinson’s Disease