HIV and AIDS: Know the Facts

Treatments Work, but Prevention Is Key 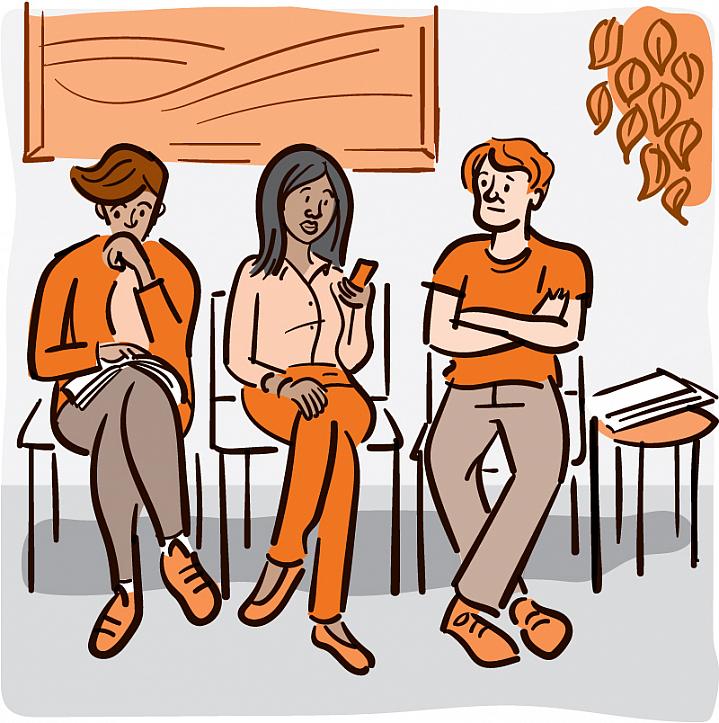 It’s been more than 30 years since a disease now called AIDS was first recognized in the United States. Back then, it was considered a death sentence. No treatments were available, its cause was unknown, and people often died within a few months after being diagnosed. Today, people infected with HIV—the virus that causes AIDS—can live full, healthy lives, in large part because of medicines and other discoveries made with NIH support.

The terms HIV and AIDS can be confusing, because they’re related but different. HIV is a virus that harms your immune systemThe cells and tissues that protect your body from invading viruses, bacteria, and other microscopic threats. by invading and then destroying your infection-fighting white blood cells. AIDS is the final stage of an untreated HIV infection. People with AIDS can have a range of symptoms, because their weakened immune systems put them at risk for life-threatening infections and cancers.

HIV virus passes from one person to another through certain body fluids, such as blood and semen. About 90% of new HIV infections in the U.S. occur during sex. Shared needles and injection drug use is the second most common route of infection. HIV can also spread from an infected mother to her newborn. HIV isn’t spread through casual contact, such as shaking hands, hugging, sneezing, sharing utensils, or using bathrooms.

Today, by taking a combination of HIV-fighting medicines (called antiretroviral therapy), fewer Americans with HIV are developing AIDS. And some HIV infections can now be prevented by taking daily medications (called PrEP).

Because of these advances, some people may think that there’s little need to be concerned about HIV and AIDS. But nothing could be further from the truth. Nationwide, more than 1 million people are infected with HIV, and each year over 50,000 more become newly infected. About 1 in 7 Americans who have HIV don’t even realize they’re infected, so they may be unknowingly spreading the virus to others. The problem is even more severe in developing nations, especially in parts of Africa.

Even though treatments and prevention strategies can keep HIV in check, there’s still no cure and no vaccine to prevent HIV infections. That’s why NIH-funded scientists continue to search for new, more effective ways to halt HIV infections.

“If you get a diagnosis of HIV infection, and you begin antiretroviral therapy in a timely fashion, before your immune system becomes substantially compromised, your prognosisThe likely outcome of a disease, including your chances for survival. is excellent,” says Dr. Anthony S. Fauci, NIH’s infectious disease chief, who first began treating AIDS patients in the early 1980s. Studies show that with early treatment, HIV levels may become so low that the virus becomes undetectable in the blood. That lengthens life and reduces the risk of spreading HIV to others. “If those who are infected stay on therapy, they can save their own lives and also help keep HIV from infecting their sexual partners,” Fauci says.

Keeping HIV infections in check requires early diagnosis and taking daily HIV medications for life. Even if it’s undetectable in the blood, once a person’s been infected with HIV, it remains forever hidden in the body. “HIV has the ability to integrate itself into your cells and hide in an inactive form, called a reservoir,” says Fauci. Although medicines can keep virus levels low, they don’t clear out the viral reservoir. So if treatment lapses, HIV comes out of hiding and rushes back into the bloodstream.

For some people, keeping up with this daily health regimen can be a challenge. Nationwide, fewer than 1 in 3 people with HIV takes antiretroviral medicines regularly enough to reduce the virus to undetectable levels. That’s why ongoing NIH-funded studies are creating and evaluating medications that might be taken less often, such as once a month. This approach will be tested in a large clinical trial expected to begin in Africa later this year. Other approaches that don’t depend on daily anti-HIV drugs are also being tested.

Research over the past few decades has identified preventive strategies that work: limit your number of sexual partners, never share needles, and use condoms correctly and regularly. NIH is also exploring new ways to prevent HIV infections, including experimental vaccines.

One preventive approach for people at increased risk for HIV infection involves taking a daily dose of an antiretroviral drug. “In terms of prevention, a game-changer that we’ve got right now is pre-exposure prophylaxis, or PrEP,” says Dr. Carl W. Dieffenbach, who heads NIH’s global research efforts in HIV/AIDS. “This strategy protects you from getting infected with HIV if you take the medication daily.”

A pill form of PrEP (called Truvada) is approved by the U.S. Food and Drug Administration for people at high risk of getting HIV. Truvada combines 2 antiretroviral drugs already used to treat HIV infections.

When it comes to treatment and prevention, Dieffenbach says, “the most important activity that you can engage in is first getting an HIV test.” Your health care provider, community health clinic, and others may offer quick HIV tests, often at no cost to you. The U.S. Centers for Disease Control and Prevention recommends at least a yearly HIV screening for people considered at high risk for infection. Testing is especially important for young people from ages 13 to 24, because more than half in that age group who tested positive for HIV didn’t know they’d been infected.

Some people avoid getting tested because they’re afraid of the possibility of being HIV-positive. Others may feel embarrassed or uncomfortable talking about sexual issues, and so they don’t get tested. But the earlier HIV is diagnosed and treated, the better the outcome.

“The stigmaBeing viewed in a negative way because of a medical condition or other characteristic. associated with HIV infection makes it difficult for some people who are at risk to come forward and either be counseled about how to avoid infection, or if they are infected, to get into a health care system and stay in the health care system,” Fauci says. But studies show that open communication can help people treat and prevent HIV.

“The stigma problem can only be solved one person or one family at a time, because each person’s situation is unique,” Dieffenbach says. “It’s about continuing a conversation with openness and acceptance in communities. As hard as that is, it does really matter.”

Should You Get an HIV Test?

HIV tests involve a simple cheek swab, finger prick, or urine sample. Experts recommend that you get tested for HIV if you answer yes to any of these questions:

Adapted from U.S. Centers for Disease Control and Prevention