Dizziness and Balance Problems in Kids 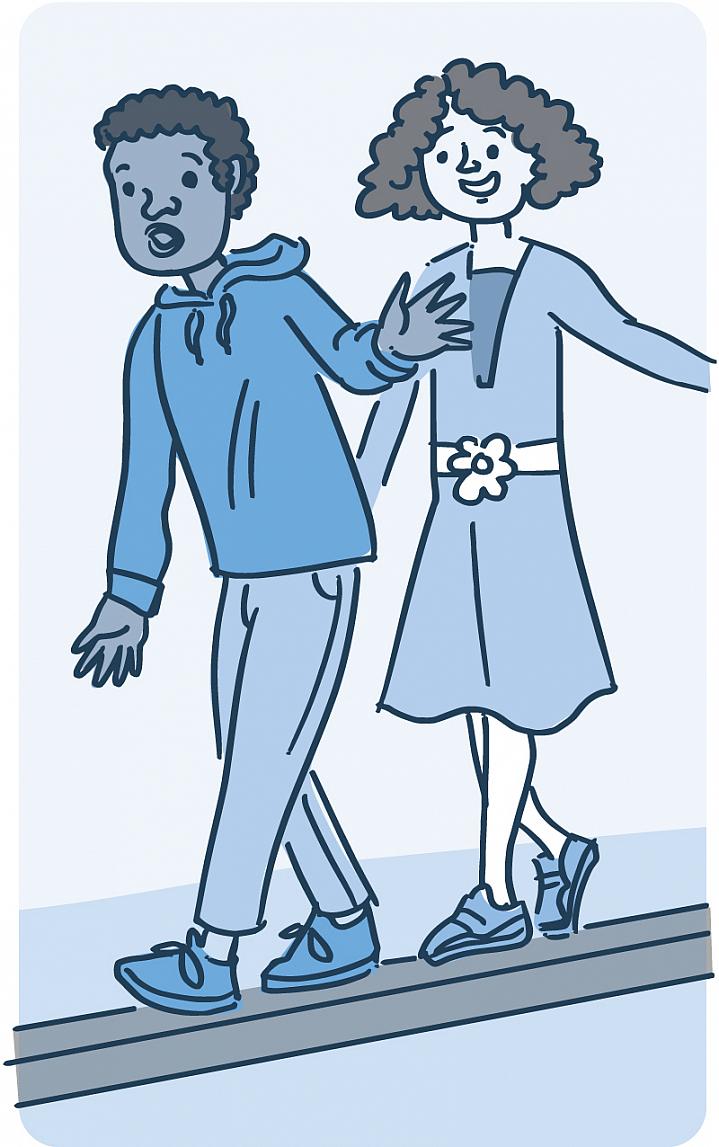 Most people feel dizzy now and then. Kids, like adults, may occasionally feel lightheaded or unsteady. But if such feelings repeat or interfere with everyday life, it could be a sign of a balance disorder.

Most balance problems are temporary and easy to treat. But these problems may also signal a more serious condition that could have a lasting impact. Learn to recognize the signs of dizziness or balance problems that may warrant a trip to a doctor.

Experts have long suspected that dizziness and balance problems are often overlooked and untreated, but the scope of the problem wasn’t fully understood. That’s why NIH supported the largest national survey to date to uncover information about these disorders in children. The study included data on nearly 11,000 kids, ages 3 to 17.

The researchers found that more than 1 in 20 kids in the U.S. had a dizziness or balance problem, and only one-third of them received treatment in the previous year. “The findings suggest that dizziness and balance problems are fairly common among children,” says Dr. James F. Battey, Jr., a pediatrician and director of NIH’s National Institute on Deafness and Other Communication Disorders.

Our sense of balance is a complex process. It’s managed by signals between the brain, ears, eyes, and sensors in the joints and other body parts. This intricate system helps your body monitor and maintain its position as you move throughout the day, without you even having to think about it. But if any of these many sensory signals go wrong, it can weaken your sense of balance.

Balance disorders can make you stagger when walking. You might teeter or fall when trying to stand. Affected people might feel like they themselves or the world around them is spinning or moving—a condition known as vertigo. Other symptoms can include blurred vision, vomiting, diarrhea, confusion, and anxiety.

Common causes of balance problems in children range from ear infections, severe headaches, and certain medications to more serious neurological disordersDiseases that affect the body’s nervous system, which is made up of the brain, spinal cord, and nerves throughout the body., head or neck injuries, and genetic conditions. In many cases, the study’s researchers found, an underlying cause wasn’t reported.

Balance disorders can be difficult to recognize and understand. They can be especially hard to diagnose in young children. Kids may not know the right words to describe their symptoms. Affected children may talk about a “spinning feeling.” They may say their tummy or head feels bad or weird. They may walk unsteadily or seem clumsy.

“Parents who notice dizziness and balance problems in their children should consult a health care provider to rule out a serious underlying condition,” Battey says.

Your child’s pediatrician will likely ask questions about when the symptoms first appeared, how long they last, how often they occur, and what medications the child is taking. Your child’s eyes and ears will be examined, and hearing and balance may be tested. You may be referred to a specialist, such as an otolaryngologist—a doctor with expertise in the ear, nose, and throat.

Treatment will depend on the underlying cause. The good news is that most dizziness and balance problems in children are temporary and treatable. Still, it’s important to check with a health professional if you notice any problems.

Dizziness and balance problems may be hard to spot in children. Younger kids may lack the vocabulary to describe their symptoms. Talk with a health care provider if your child: