The Problem That Piles Up

When Hoarding Is a Disorder 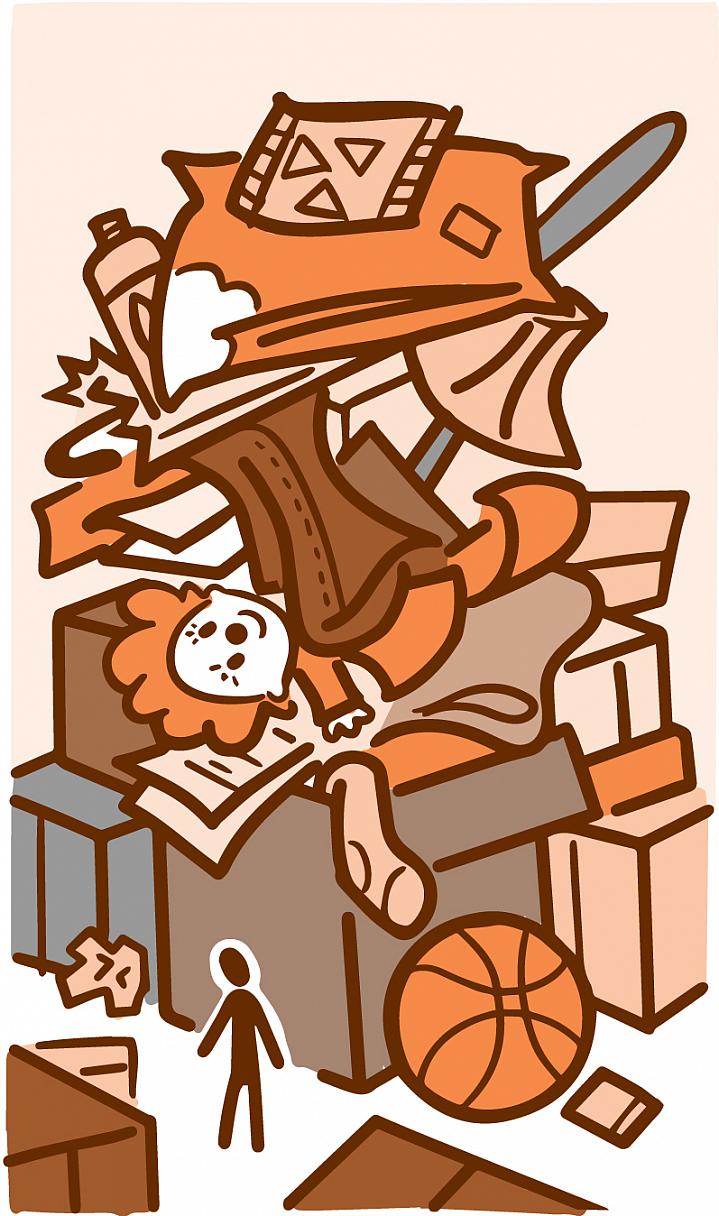 You may have seen reality TV shows about people who hoard mail, gadgets, cats, and even trash. Or, maybe for you, the reality is a little closer. It could be a neighbor or a family member.

When people aren’t able to throw things away, piles can grow to the ceiling. These piles can make it impossible to use bathrooms, bedrooms, and kitchens.

The piles may fall over, trap, and injure people. They can catch on fire. Cluttered homes and yards may attract pests. Neighbors may call the police. Parents may lose custody of children.

People don’t choose to be hoarders. And they aren’t being sloppy or lazy. “This is a very real mental disorder,” says hoarding disorder expert Dr. David F. Tolin of Hartford Hospital’s Institute of Living. “It is important to recognize that people with hoarding disorder have lost control of their decision-making abilities.”

Tolin’s NIH-funded research suggests why it’s hard for people with this disorder to part with items, even things with no real-world value. He found that brain activity was different between people with hoarding disorder and healthy people.

“We’re always puzzled by the fact that many people with hoarding disorder often don’t seem terribly bothered by their circumstance,” he says. “If they don’t have to make a decision, the parts of their brain that are largely in charge of becoming bothered are underactive.”

But if they are forced to decide about whether to discard something, that part of the brain becomes overactive. “And so, the brain is essentially screaming that everything is important.”

Doctors don’t know what causes hoarding disorder. There’s no X-ray or blood test for a diagnosis. Instead, doctors assess how well people are functioning in their lives.

Hoarding disorder can start during a person’s teens or later. It may grow more severe over the decades.

Do you know someone who may need help? For ideas about how to bring up the topic, see the Wise Choices box. Try to be gentle, calm, and patient. It may take several conversations before the person agrees to work on the problem.

Try not to start an argument. “If a person is not really motivated to do something about the problem, they can dig in their heels. Arguing can even make the problem worse,” Tolin warns.

There’s no effective medication for hoarding disorder, although studies are in progress. Tolin says, “Right now, cognitive behavioral therapy is the only evidence-based treatment we have for hoarding.” This is a type of talk therapy that teaches people how to change their thinking patterns and react differently to situations.

Tolin’s team hopes to improve cognitive behavioral therapy so that it’s even better at helping people to discard items. They’re analyzing the brain activities of people before and after they’re successfully treated for hoarding disorder. If the research team can identify the biological mechanisms of successful treatments, they may be able to develop treatments that are even better.

Some people with hoarding disorder are helped by joining a support group with others who have the disorder. There are also organizing professionals who specialize in helping people get rid of clutter. To find more resources for this and other mental health issues, visit www.nimh.nih.gov/health/find-help.

How to Help a Person Who Hoards

Then say how to get help: