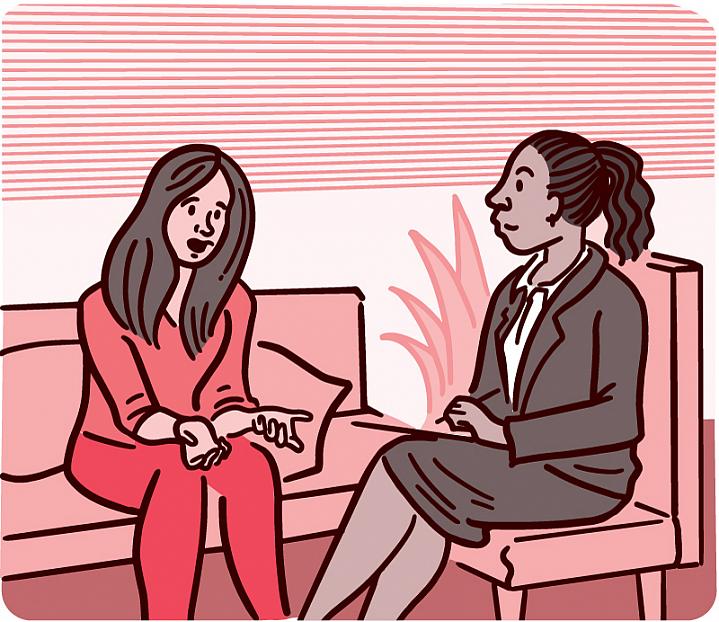 It’s natural to be afraid after something scary or dangerous happens. When you feel you’re in danger, your body responds with a rush of chemicals that make you more alert. This is called the “flight or fight” response. It helps us survive life-threatening events.

But the brain’s response to frightening events can also lead to chronic problems. This can include trouble sleeping; feeling on edge frequently; being very easily startled, anxious, or jumpy; having flashbacks; or avoiding things that remind you of the event.

Sometimes these symptoms go away after a few weeks. But sometimes they last much longer. If symptoms last more than a month and become severe enough to interfere with relationships or work, it may be a sign of post-traumatic stress disorder, or PTSD.

“There are real neurobiological consequences of trauma that are associated with PTSD,” explains Dr. Farris Tuma, who oversees the NIH traumatic stress research program. NIH-funded researchers are uncovering the biology behind these brain changes and looking for ways to prevent and treat PTSD.

This includes people who have been through a physical or sexual assault, abuse, an accident, a disaster, or many other serious events.

Anyone can develop PTSD, at any age. According to the National Center for Post-Traumatic Stress Disorder, about 7 or 8 out of every 100 people will experience PTSD at some point in their lives.

“We don’t have a blood test that would tell you or question you can ask somebody to know if they’re in the highest risk group for developing PTSD,” Tuma says. “But we do know that there are some things that increase risk in general and some things that protect against it.”

Researchers are looking into what puts people at risk for PTSD. One team, led by Dr. Samuel McLean, a trauma expert at the University of North Carolina, is investigating how post-traumatic stress symptoms develop in the brain. They will be following 5,000 trauma survivors for one year.

“We’re enrolling people who visit trauma centers immediately after a trauma because evidence suggests that a lot of the important biological changes that lead to persistent symptoms happen in the early aftermath of the trauma,” McLean says.

They’re gathering information about life history prior to trauma, identifying post-traumatic symptoms, collecting genetic and other types of biological data, and performing brain scans. The study is also using smart watches and smart phone apps to measure the body’s response to trauma. These tools will help researchers uncover how trauma affects people’s daily lives, such as their activity, sleep, and mood.

“Our goal is that there will be a time when trauma survivors come in for care and receive screening and interventions to prevent PTSD, just in the same way that they would be screened with X-rays to set broken bones,” McLean explains.

How you react when something traumatic happens, and shortly afterward, can help or delay your recovery.

“It’s important to have a coping strategy for getting through the bad feelings of a traumatic event,” Tuma says. A good coping strategy, he explains, is finding somebody to talk with about your feelings. A bad coping strategy would be turning to alcohol or drugs.

Having a positive coping strategy and learning something from the situation can help you recover from a traumatic event. So can seeking support from friends, family, or a support group.

A self-help website and apps developed by the U.S. Department of Veterans Affairs can also provide support when you need it following a trauma.

“For those who start therapy and go through it, a large percentage of those will get better and will get some relief,” Tuma says. Some medications can help treat certain symptoms, too.

PTSD affects people differently, so a treatment that works for one person may not work for another. Some people with PTSD need to try different treatments to find what works for their symptoms.

“While we currently diagnose this as one disorder in psychiatry, in truth, there’s a lot of variation between people and the kinds of symptoms that they have,” Etkin says.

These differences can make it difficult to find a treatment that works. Etkin’s team is trying to understand why some people’s brains respond to treatment and others do not.

“PTSD is very common. But the variety of ways that it manifests in the brain is vast,” Etkin explains. “We don’t know how many underlying conditions there are, or distinct brain problems there are, that lead to PTSD. So we’re trying to figure that part out.”

His team has identified brain circuits that show when therapy is working. They’ve found a separate brain circuit that can predict who will respond to treatment.

His group is now testing a technique called noninvasive brain stimulation for people who don’t respond to treatment. They hope that stimulating certain brain circuits will make therapy more effective.

Most people recover naturally from trauma. But it can take time. If you’re having symptoms for too long—or that are too intense—talk with your health care provider or a mental health professional. In times of crisis, call the National Suicide Prevention Lifeline at 1-800-273-TALK (8255) or visit the emergency room.

“PTSD is real. This is not a weakness in any way,” Tuma explains. “People shouldn’t struggle alone and in silence.”

Tips to Help With Trauma Recovery