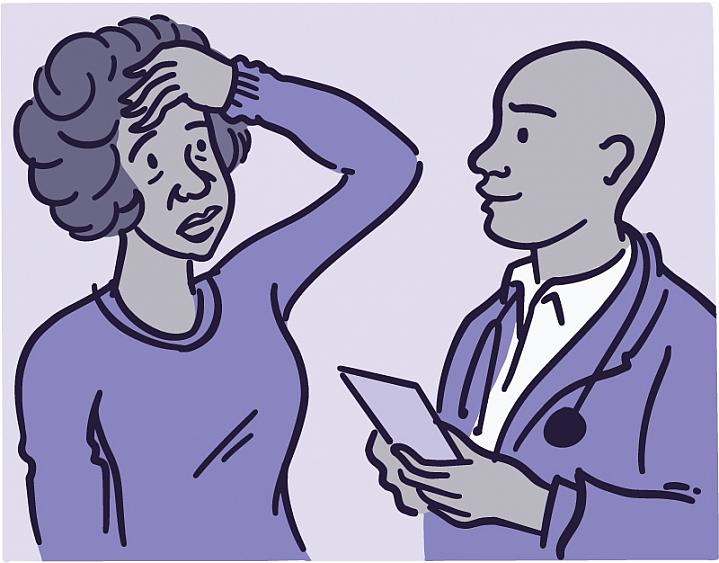 Most of the time, multiple sclerosis, or MS, starts mildly, with unpredictable symptoms that can seem baffling. Without treatment, the disease can worsen to the point that you can’t write, speak, or walk.

MS starts when the body’s immune systemThe system that protects your body from microscopic threats. slowly attacks the fatty coating around nerves. Without an intact coating, communication between nerves and the brain becomes impaired. However, it may be years before the first symptoms appear.

The symptoms depend on which parts of the brain and spinal cord are affected. A typical symptom is blurry vision in one eye. It may develop over a day or two. It may be painful to move the eye. Or, you may have double vision. Another typical symptom is not being able to move or feel a leg.

These symptoms, also known as MS attacks, may last for days or weeks. Most people will have one attack that resolves over time. Later, they might have other attacks.

MS is usually diagnosed when people are young adults. But it can be diagnosed at any age. No one knows exactly how many people have MS. In the United States, at least 400,000 people do.

MS can be detected with an MRI scan of the brain and spinal cord. Areas where the immune system has attacked the coating around nerves will show up on an MRI scan.

MS is a complex disease. Nobody knows why it starts. If you have a family history, your chance of developing MS may be greater.

“We know that genes play a major role,” says Dr. Daniel S. Reich, an MS expert at NIH. Research shows that hundreds of genes are involved. Most of these genes are related to the immune system and the inflammationSwelling and irritation caused by the body’s protective response to injury. that it drives.

Researchers have noticed that your chance of developing MS may be lower if you don’t smoke and you maintain a healthy weight. They’ve also found that people who have not been infected with a common virus known as Epstein-Barr virus seem to be at lower risk of developing MS. But researchers don’t know why.

People who live near the equator seem at lower risk too. Researchers believe that it may be because there is more consistent sunlight there, which helps the body make vitamin D. Vitamin D may help the immune system work better and protect against MS.

“There is some kind of complex series of risk factors and triggers that may need to occur in a certain order,” Reich says. “But it’s very hard to figure out.”

MS can affect different people in very different ways. It can range from very mild to severe. Being diagnosed and treated early on can help prevent the disease from becoming more disabling.

“We now have more than a dozen effective medications that greatly reduce the number of new attacks,” Reich says. Imaging tests show that these treatments reduce the level of brain inflammation in people with MS.

Doctors hope that these treatments, and others under development, will help delay or even prevent MS from getting worse.

Talk with your doctor if you have any of the following symptoms: