From A to Zika 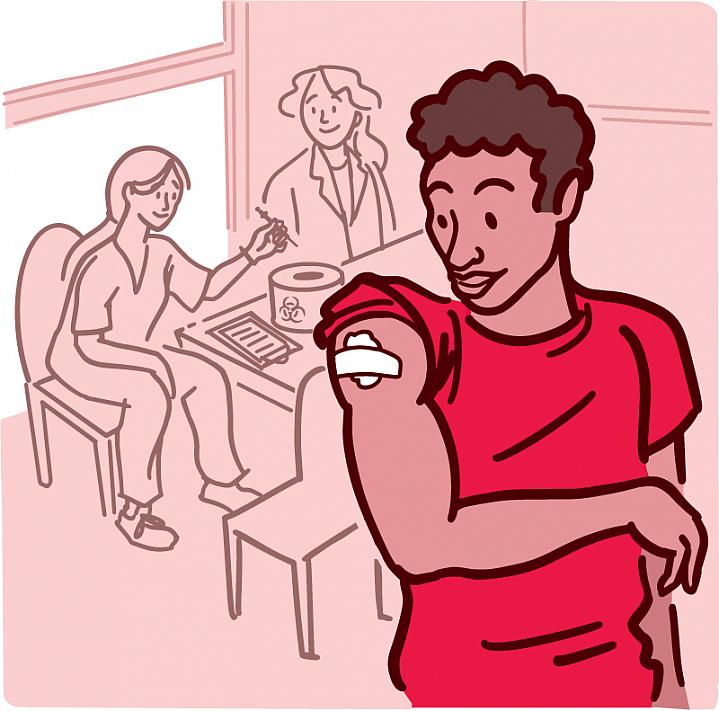 West Nile virus. Lyme disease. Zika. Dengue fever. Eye-catching headlines warn us about new diseases seemingly every year. But how much of a danger do these diseases really pose? What can you do to reduce the risk from new diseases in your community?

Emerging diseases are caused by microbes, usually bacteria or viruses, that haven’t infected people before or that already infect people but have moved to new places.

“New diseases emerge all the time from the animal world,” explains Dr. David Morens, an infectious disease expert at NIH.

Part of the reason is that the genesStretches of DNA that instruct cells how to make proteins and perform other tasks. in bacteria and viruses are always changing. These gene changes, called mutations, help microbes survive and spread. Some make it possible for bacteria or viruses that once only infected animals to infect people.

Bacteria and viruses often get from animals to people by way of insects and parasites. The most common of these are mosquitoes and ticks. NIH is funding research into where and how new diseases might arise, as well as ways to prevent and treat them.

The modern world has changed how animals, insects, and people encounter each other, says Dr. Desiree LaBeaud, an NIH-funded emerging disease researcher at Stanford University.

“Deforestation increases the chances that humans come in contact with forest-dwelling creatures and insects,” she explains. As people move further into undeveloped areas, they become more likely to encounter animals and insects that carry microbes they haven’t been exposed to before.

More people moving to large cities also plays a role in the spread of disease, adds Dr. Scott Weaver, who studies emerging diseases at the University of Texas Medical Branch. When millions of people live close to each other—and close to mosquitoes that like to live in cities—diseases can move quickly.

Changes in the environment can also contribute. Most microbes—and the insects that carry them—can only live within a narrow range of conditions. “What happens when you have a warming planet is that these infections are going to shift geographically into new areas,” LaBeaud says.

Compounding all this, Weaver says, is trade and the ease of global travel. “Airplanes don’t have to carry mosquitoes with them; they just need one person who’s been infected to introduce a disease to a new location.”

Weaver and his colleagues are studying all of these factors to better understand what areas might be at risk for new disease outbreaks. They also want to understand which new diseases may become local threats.

“There’s a lot of chance involved in when and where these diseases spread around the globe,” he says. “The focus of our work is understanding why outbreaks happen when they do.”

On the surface, the numbers look alarming. Between 2004 and 2016, nine new diseases that are spread by mosquitoes and ticks were found in the U.S.

The number of people exposed to these diseases is also rising. For example, the Centers for Disease Control and Prevention (CDC) reported a record number of tickborne-disease cases nationwide in 2017: almost 60,000.

But new insect-borne diseases are still less frequent than some other better-known diseases. In comparison, experts estimate that over a million people get the flu every year in the U.S.

Most people who catch a disease carried by mosquitoes or ticks fight off the invaders quickly.

“A large proportion of people who are infected with mosquito-borne viruses don’t actually reach the clinic, because they don’t have any symptoms or their symptoms are mild,” LaBeaud says.

It’s still important to know what new diseases are in your area. Many of these diseases have vague symptoms, such as fever, a rash, body aches, or feeling very tired. People and their doctors may not always suspect exposure to an insect-borne disease.

Different new diseases tend to cluster in certain areas. Most cases of Lyme disease occur in the Northeast and upper Midwest. Dengue fever has been seen in warm areas such as Florida and Texas.

“If people educate themselves about what’s a risk in their particular region, there’s a lot that they can do to protect themselves,” Weaver says. See the Wise Choices box for tips on how to avoid mosquito and tick bites.

Your local public health office can give you information about what new diseases are found in your area.

Depending on where you travel, you may come into contact with diseases that are rare in the U.S. Before you travel, talk to your doctor about getting vaccinated. It will help keep you safe and healthy. It will also help make sure that you don’t bring any serious diseases home to your family, friends, and community.

NIH is funding research into vaccines for several emerging diseases. One study has already begun testing a vaccine for West Nile virus. NIH is also funding vaccine research for Zika and Ebola.

“The flu is a continually emerging virus, because it’s always mutating,” he explains.

And because the flu is always changing, people need a flu shot every year. The flu shot you get one year will not help protect you the next year.

Although things like Zika grab the headlines, flu kills thousands of people in the U.S. each year—from 3,000 to 79,000 yearly over the past few decades.

“In terms of emerging infectious diseases, it’s one of the major killers worldwide,” Morens says. “It’s not something to sneeze at, no pun intended.”

Reduce your risk of diseases spread by mosquitoes and ticks: