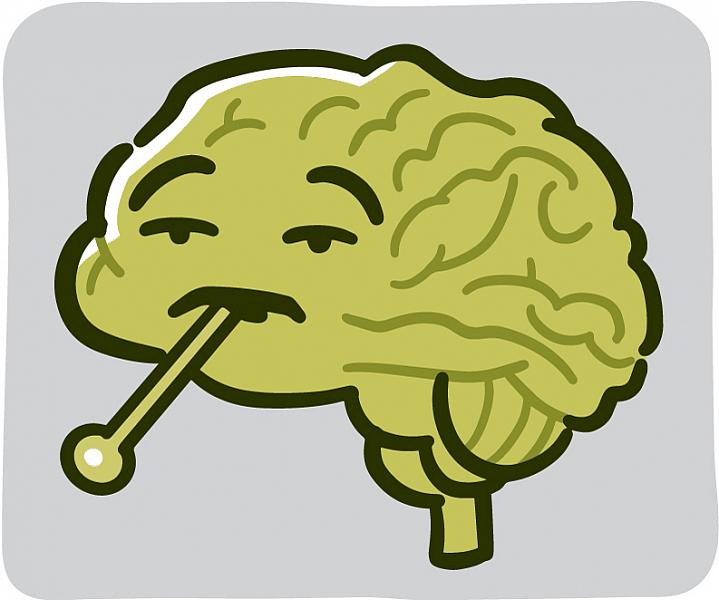 When you get sick, some germs can attack the brain or the protective lining that surrounds the brain. This can cause swelling and lead to severe illness, or even death. It’s important to recognize the symptoms so you can get medical help as quickly as possible.

When the brain swells, it’s called encephalitis. When the lining of the brain, or meninges, becomes inflamed, it’s called meningitis. The symptoms can be similar for both.

At first, you might get a fever, feel tired, and sometimes have a rash. “Those things can last a day or two, or a little bit longer,” explains Dr. Avindra Nath, a neurologist at NIH. “Then, you may have a headache, along with fever, neck stiffness, and you can get sensitivity to light.”

Other symptoms include nausea or vomiting, double vision, drowsiness, and confusion. More severe illnesses can cause speech, hearing, or vision problems. If it’s left untreated, you could develop cognitive difficulties with progressive loss of consciousness, seizures, or muscle weakness.

You need to get immediate medical help if you have symptoms of encephalitis or meningitis. Early treatment is important for the best recovery. Treatment will depend on the cause. Viruses, bacteria, parasites, and fungi can all cause encephalitis and meningitis. The most common causes can be different depending on where you live.

Early treatment for bacterial causes may be antibiotics and other medicines to treat swelling and other symptoms of the illness. There aren’t any specific anti-viral treatments for most viral causes. But treating the symptoms can affect the course of the illness. More severe illnesses may require hospitalization.

Anyone can get these conditions. Protecting yourself and your family from germs and staying up-to-date on vaccines is the best way to guard against both encephalitis and meningitis. Vaccines are available to prevent some bacterial causes of meningitis, including Haemophilus influenzae, pneumococcal pneumonia, and meningococcal disease.

NIH-funded researchers are looking for other ways to prevent or treat encephalitis and meningitis. Some are studying how to stop germs from infecting the brain or its lining.

Nath’s team is testing compounds that may block Zika virus from getting into brain cells grown in the lab. His team hopes that these may block other viruses that are transmitted by insects and parasites, too.

Many scientists are trying to develop broad antivirals, Nath says. “Broad” means the antiviral would stop many viruses rather than just one. This would be helpful, since doctors wouldn’t have to know which virus is causing the problem before starting treatment.

Until we have better treatments, prevention is still the best medicine. Children, older adults, and those with weakened immune systems are most at risk for infections. See the Wise Choices box for tips on protecting yourself and your family.

Guard Against Meningitis and Encephalitis