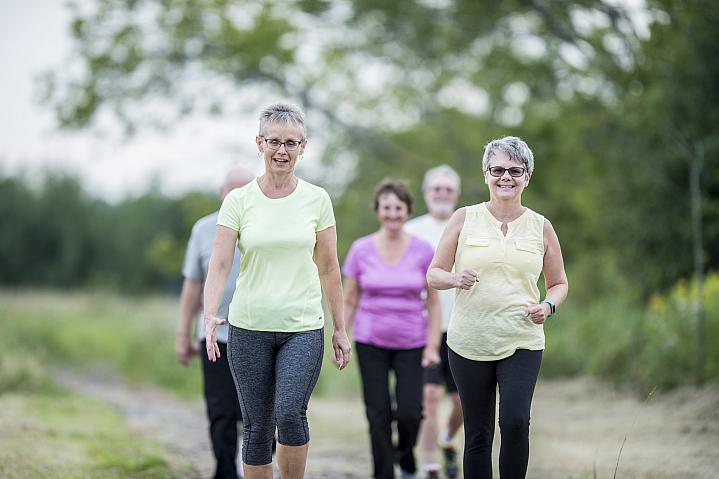 Research has found that walking can bring many health benefits. FatCamera / E+ via Getty Images

Walking is an easy way to exercise without needing a gym membership. It’s a popular way to burn calories, and research shows that walking is good for your health. A new study asked how many steps a day can lead to health benefits.

Many watches and smartphones can count the steps you take in a day. These devices often suggest taking 10,000 steps each day. But that number isn’t based on careful study.

Researchers looked at the daily activity of 17,000 women averaging 72 years old. The women wore a device on their hip for seven days that tracked the number of steps they took each day.

The team tracked any deaths among the women over the next four years. More than 500 died during this time. The women who took about 4,400 steps per day were 41% less likely to die during the study than those who took 2,700 steps.

The risk of death continued to decrease with more steps until about 7,500 steps. Beyond that, the effect leveled off. The women who reached 10,000 steps each day had no added benefit.

“Taking 10,000 steps a day can sound daunting,” says lead researcher Dr. I-Min Lee from Brigham and Women’s Hospital and Harvard Medical School. “But we find that even a modest increase in steps taken is tied to significantly lower mortality in older women.”