Caffeine and Your Brain 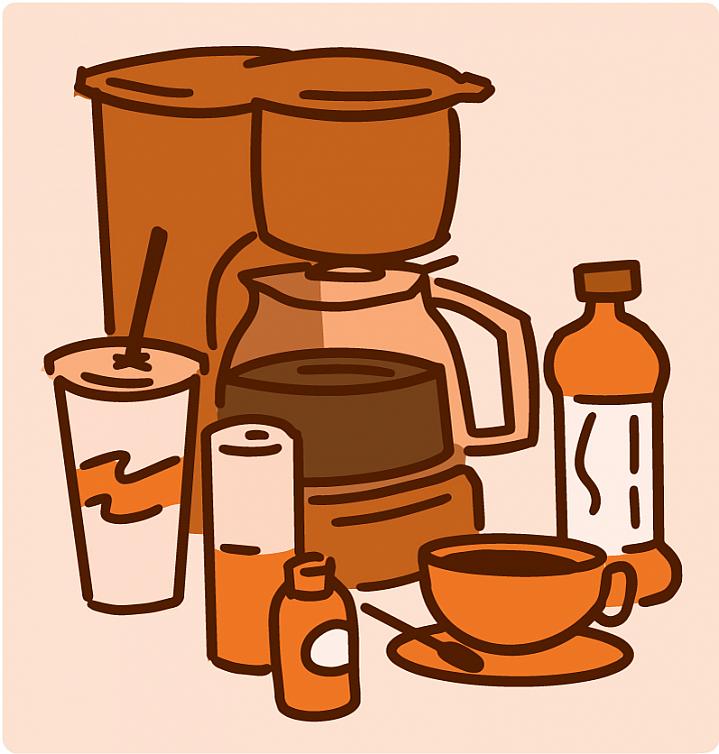 A hot cup of coffee or tea is a highlight of the morning for some people. It can make you feel awake and alert. Caffeine is the chemical that causes these sensations. But does caffeine have other effects on the brain?

Caffeine is found naturally in tea and coffee. But it is added to energy drinks and many types of soda. It’s even put in some snack foods and medications. More than eight out of 10 adults in the U.S. consume caffeine in some form.

So how does caffeine wake you up? Your body naturally produces a chemical called adenosine. It builds up in your body during the day.

“The sleepiness you feel at the end of the day—that’s adenosine,” explains Dr. Sergi Ferre, a brain scientist at NIH. Its buildup tells your brain when it’s time to rest.

Caffeine blocks adenosine from working on brain cells. This prevents you from feeling sleepy. “But the body adapts,” Ferre says. If you regularly consume caffeine, your body produces more adenosine. So people need more caffeine over time to get the same wakeful feeling.

Adenosine also makes it unpleasant to quit caffeine suddenly, says Ferre. If you take away the caffeine, extra adenosine in the body can cause feelings of withdrawal for a while. These include headaches and increased sleepiness.

Caffeine also interacts with other chemicals in the brain. If you consume more than normal, some of these interactions are what make you feel “overcaffeinated.” Your heart may race, or you can feel anxious or sick to your stomach.

But caffeine doesn’t affect everyone the same way. That’s because people’s bodies can break it down at different speeds. How fast your body does this depends largely on your genesStretches of DNA, a substance you inherit from your parents, that define characteristics such as how likely you are to get certain diseases., explains Dr. Marilyn Cornelis, a nutrition researcher at Northwestern University.

Experts recommend that some people avoid caffeine. These include people with gut troubles like acid reflux, people who have trouble sleeping, and people who have high blood pressure or heart problems. Children, teens, and women who are pregnant or breastfeeding are often advised to stay away from caffeine, too. Talk with your health care provider if you’re concerned about caffeine and your health.

“Even healthy people should avoid mixing caffeine with alcohol,” explains Ferre. “This is because caffeine can block the brain from feeling the depressant effects of alcohol. This might lead someone to drink more than they normally would, increasing their impairment.”

But research suggests that caffeine on its own is likely harmless for most healthy adults in low to moderate amounts, says Cornelis. She and others are studying whether it might even have positive effects on thinking, learning, and memory.

“When you drink caffeine, your attention is greater,” she says. “That contributes to our brain’s ability to retain information. That might lead to improvements in long-term cognitive function.” Her team is exploring new ways to measure the effects of caffeine on the brain and the role genes play in your body’s response.

While a few cups of unsweetened coffee or tea a day are likely fine for most people, Cornelis adds, some sources of caffeine can contain a lot of sugar. Excess sugar isn’t good for the body or brain, she says. If you’re looking for a pickup without sugar or caffeine, see the Wise Choices box for tips.