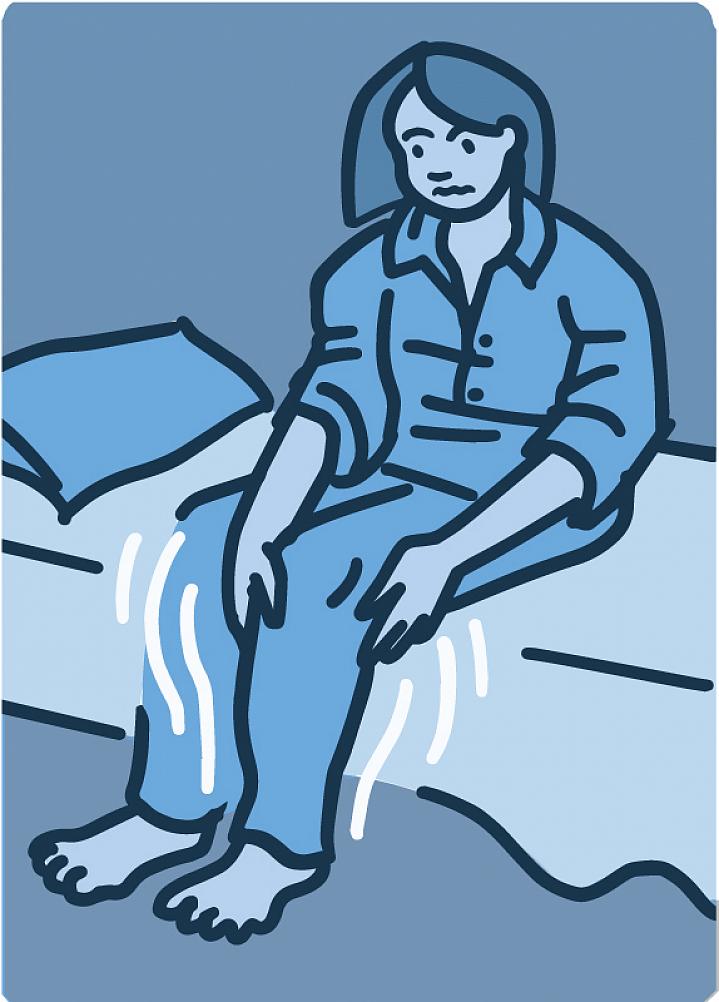 Do you feel an overwhelming need to move your legs when sitting or lying down? Do these sensations make it hard to fall or stay asleep? These can be signs of restless legs syndrome, also known as RLS.

RLS is caused by problems with the way the nerves in the brain and body communicate with each other. These problems result in a strong, sometimes overwhelming urge to move the legs. This urge often comes with unpleasant feelings like tingling, burning, or throbbing.

Up to 7 to 10% of people in the U.S. may have RLS. Women are more likely than men to have the condition. GenesStretches of DNA you inherit from your parents. They define features like your risk for certain diseases. appear to play some role in who’s at risk.

Symptoms may be mild and not interfere with daily life. But they can get worse over time. Four core symptoms define the disorder, explains Dr. Christopher Earley, a nervous system specialist at Johns Hopkins University.

One is the urgent need to move the legs. Second, leg discomfort is triggered by rest, like sitting or lying down. The third is that discomfort is relieved by movement.

“People feel better as soon as they get up and walk around,” Earley says.

Fourth, symptoms get worse throughout the day, peaking in the evening and night.

Severe symptoms can affect people’s everyday lives. They can particularly impact your ability to get a good night’s sleep. This can, in turn, make it hard to work, drive, or do other daily activities.

Treatment for RLS depends on its severity. Certain lifestyle changes can help some people with mild to moderate symptoms (see the Wise Choices box for tips). If lifestyle changes don’t help, medications may bring some relief.

The medications used for RLS affect different chemicals in the brain. It may be necessary to try different ones to see which work for you.

Recent research suggests a lack of iron in the brain can trigger RLS. Doctors now often recommend iron supplements as part of treatment. Tests for iron in blood samples don’t show whether the brain lacks iron. Some people with RLS have normal blood levels of iron, but still benefit from extra iron, Earley explains.

His team tested whether high doses of iron, given by IV, help people with RLS. The treatment improved some people’s symptoms—even if they didn’t have low levels of iron in their blood.

High doses of iron may prevent RLS from developing, too. But first, Earley says, they need to learn how to tell who’s at risk of RLS because of low iron in the brain.

For now, symptoms are the only way to diagnose RLS. If you have think you may have this condition, talk with your health care provider. They can help you find ways to get some relief.