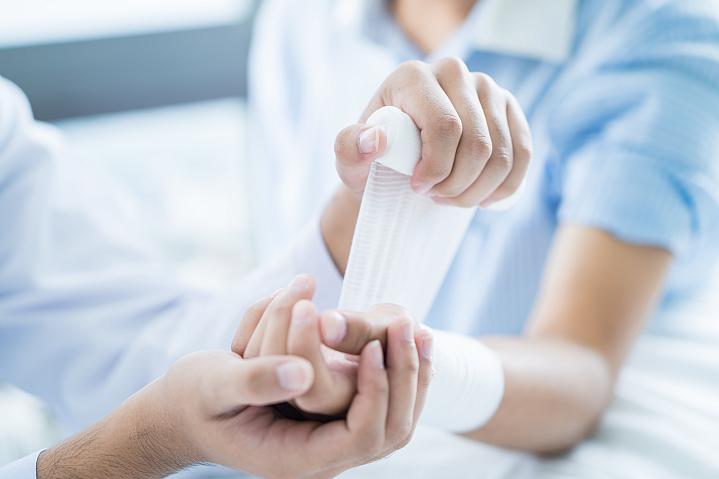 Burns are skin or tissue damage, usually caused by heat. Burns often happen in the home. Some are caused by fire. They can also be caused by hot liquid, steam, and certain chemicals.

Burns are defined by how deep they are and how large an area they cover. First degree burns are the least serious. They affect only the thin top layer of skin. A sunburn is a common example. They usually heal on their own within a week. Second-degree burns damage the layer of skin below the outer layer as well. They may leave a scar. Third-degree burns damage or destroy the entire thickness of the skin. They require skin grafts—natural or artificial skin to cover and protect the body while it heals.

It’s important to seek medical care quickly for deep or large burns. Serious burns require professional medical care. Some can even be life-threatening. But research advances over the past few decades have increased the chances of survival for people with severe burns.

Minor burns can often be treated at home. First, clean the area with cool water and dry. Then cover with sterile gauze or a non-adhesive bandage. Avoid breaking blisters because this can cause infection. Call your doctor if the burn has not healed after several weeks or shows signs of infection. These include increased pain, swelling, and redness.