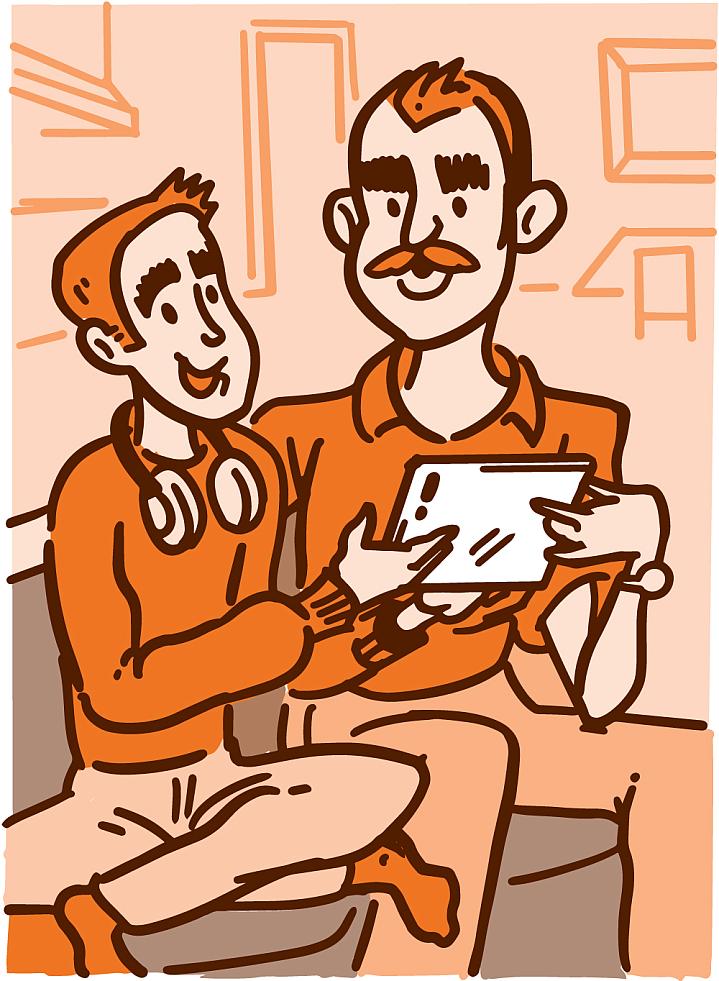 “Screen time” used to mean sitting around and watching TV. For kids, too much time in front of the TV is linked to obesity, as well as trouble in school. But screen time doesn’t refer just to television anymore. Smartphones, tablets, and other handheld devices are now everywhere.

These new screens pose new challenges for parents, says Dr. Jenny Radesky, a pediatrician at the University of Michigan. “There’s so much content available now on something a child can carry from room to room,” she explains.

Almost all this new technology was designed for adults, not children, Radesky says. For example, a recent study by her team analyzed ads on YouTube channels marketed to kids. They found that more than half featured some age inappropriate ads, such as those for violent video games.

Parents may find it hard to know how much time their kids really spend on handheld devices. Another study from Radesky’s team found that young children who had their own tablets used them almost two hours a day. But only about a third of their parents accurately guessed that amount.

Researchers are exploring how this type of media use affects kids’ developing brains. They’re interested in whether the use of phones and tablets alters the brain’s executive functioning, Radesky explains. That’s the ability to focus on important tasks, resist distractions, and use self-control.

“Devices like tablets give you lots of stuff that’s really exciting, all at once, with no waiting,” Radesky says. Researchers want to know: Does that get in the way of kids doing harder tasks that help them build life skills?

Studies have already shown that too much media use can affect other aspects of kids’ health, including mental health and physical activity.

“And sleep is a major one,” adds Radesky. “A lot of studies have shown that the more kids use media, especially around bedtime, the worse their sleep is.”

But some uses of handheld devices can have benefits. Kids can use video chat to talk with relatives who live far away. Some educational apps and programs designed especially for children can help them in school. So how can parents find a balance?

“There are ways to set some limits about how much time they can spend on devices,” Radesky says. You can set timers. Some apps let you stop content from continuing to play automatically. For more tips on limiting screen time, see the Wise Choices box.

It can be hard for parents to track what their children are doing on portable screens. But adults can model thinking critically about what they see when watching TV or other media with their kids. You can talk about what you like and don’t like about a show or ad. You can point out when and why you think something is false or misleading. This can help kids learn these skills and use them on their own.

“From an early age, make it a norm that you can talk about what’s on devices,” says Radesky. “You want kids to come to you if they see something creepy, or if they’re just confused, because they know you can help them understand it.”