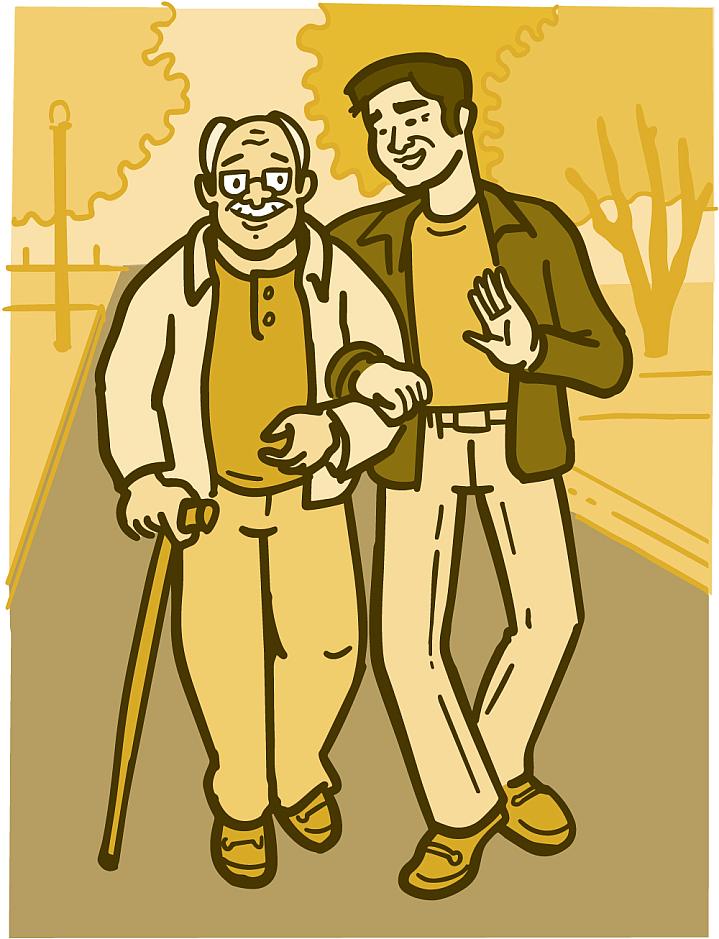 Being diagnosed with Parkinson’s disease is life changing. This brain disorder causes slow and rigid body movements. People can experience tremors, stiffness, or shaking. Eventually, they may have difficulty walking and talking.

Parkinson’s is a degenerative disease. That means it gets worse over time. It develops when a certain type of nerve cell stops working normally or dies. These nerve cells make a chemical called dopamine. Your brain needs dopamine for making smooth, purposeful movements. Loss of dopamine causes problems with movement.

“We don’t know what causes that dopamine loss,” says Dr. Beth-Anne Sieber, an NIH expert on movement disorders. “But when it gets to a certain point, movement-related symptoms appear.”

Both genesStretches of DNA you inherit from your parents that define features, like your risk for certain diseases. and other factors seem to play a role. Exposure to pesticides, heavy metals, and air pollution may raise your risk for the disease. Sometimes Parkinson’s runs in families. But people who develop the disease don’t usually have a family history of it. In most cases, it’s not clear what causes the disorder. One main risk factor is age. It affects about 1% of people over age 60.

There’s no medical test for Parkinson’s disease. Diagnosis is largely based on movement-related symptoms. But scientists have learned that other symptoms can appear decades before any movement issues, Sieber explains. “These include constipation, loss of smell, changes in mood, increased anxiety, and sleep disturbances.”

Scientists are trying to find ways to diagnose Parkinson’s before the movement-related symptoms appear. One NIH-funded study is looking at why some people with a sleep disturbance called REM sleep behavior disorder—in which they physically act out dreams—may go on to develop Parkinson’s.

Other studies are looking for molecules in the blood or other body fluids that can detect the start of disease before movement symptoms appear. These are called biomarkers. One possible biomarker is alpha- synuclein. This protein accumulates into toxic clumps in the brains of people who have Parkinson’s.

Right now, alpha-synuclein can only be measured in the brain after death. Scientists are trying to find ways to measure it in the blood or spinal fluid, as well as with new brain imaging techniques. Such a biomarker could also be used to help track progression of Parkinson’s and how well treatments are working.

There’s currently no cure for Parkinson’s. Treatments focus on managing symptoms and improving quality of life. A drug called L-dopa can help replace the loss of dopamine. But it doesn’t work for everyone. Other drugs that act through different chemicals in the brain may help with movement issues. Deep brain stimulation surgery may also be an option for certain people.

“NIH-supported research has shown that high-intensity exercise improves Parkinson’s symptoms,” says Sieber. Now, researchers are trying to determine how much and what types of exercise work best. They’re testing treadmill running, cycling, and other programs.

Singing may also improve quality of life. It can help strengthen the voice and other functions like swallowing. The rhythm in music might help with walking and stability.

Starting an exercise program early on may help slow disease progression. Researchers are still trying to understand why. If you notice any signs of Parkinson’s disease, talk with your health care provider.

Parkinson’s symptoms can vary between people, but here are some common ones: