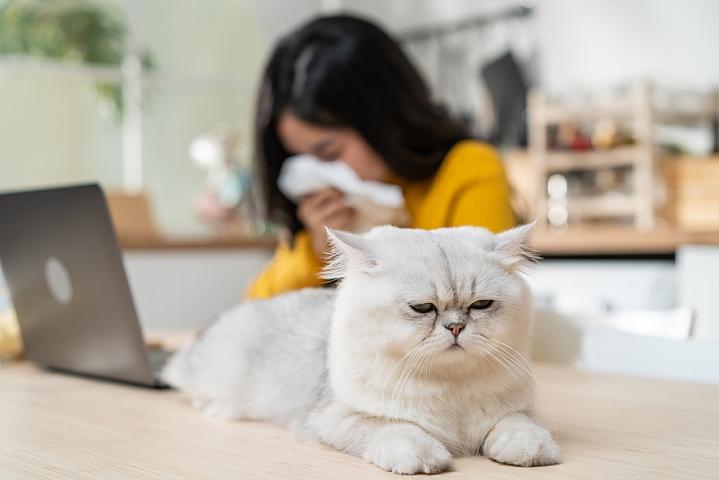 Researchers are testing a new way to treat people with allergies. The method uses regular allergy shots plus a lab-made molecule. The molecule blocks substances involved in allergic reactions in the body. For people with cat allergies, the combination therapy gave more effective relief than allergy shots alone.

When you breathe in high amounts of a substance you’re allergic to—such as pollen, mold, pet dander, or dust mites—the resulting reactions in the nose are called allergic rhinitis. You may develop a stuffy, runny, and itchy nose as well as sneezing. These problems are caused by the body’s disease defenses reacting to something that’s harmless for most people.

Some people get allergy shots to reduce these reactions. The shots gradually expose them to higher doses of the substance they’re allergic to. This can train the body’s defenses not to react when these things are in the air. Unfortunately, allergy shots don’t work for every-one. And the shots usually need to be given for at least three years.

Researchers are continuing to study how the treatment works. They also plan to test and see if the approach might help to treat food allergies.