Are Kids’ Senses Ready for School? 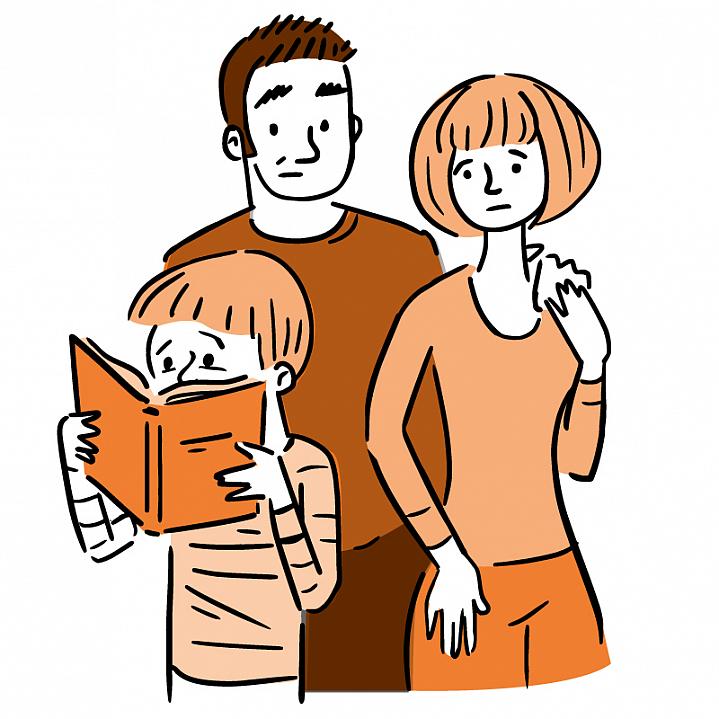 When setting off for kindergarten or first grade, a child may feel prepared with a backpack loaded with crayons, pencils, and paper. But a good start in the classroom depends on more than just school supplies. Healthy hearing, vision, speech, and language are key to success at school. If a child has problems in these areas, the sooner they’re spotted, the better they can be treated.

Sometimes problems with senses, speech, or language fly under the radar. A child with a lazy eye or a little hearing loss might get along just fine at home or in daycare. But when children get to school, minor difficulties may start to catch up with them. They may have trouble focusing and flourishing in the classroom. NIH-funded scientists are searching for better ways to recognize and treat these types of problems as early as possible.

Hearing problems can also arise in older kids. “Some children are born with normal hearing and develop hearing loss later for various reasons,” says Dr. Mary Pat Moeller, who studies childhood deafness and language development at Boys Town National Research Hospital in Nebraska. Head injuries, meningitis, and chronic fluid behind the eardrum from repeated bouts of ear infections are just a few conditions that can lead to later hearing loss.

“We rely on normal hearing to pick up concepts and learn new words,” Moeller says. But a noisy classroom can be tough for kids who can’t hear well. “Children with undetected hearing loss may look like they have attention deficits. They may miss what they’ve been told because they’re just not hearing clearly,” she says.

Screening for hearing loss in school-age kids is a familiar process. Children wear headphones and raise their hands as they hear a series of tones. Some 5% to 10% of school-age children don’t pass these tests. Kids with hearing loss can be fitted with hearing aids or benefit from cochlear implants or assistive devices. For example, teachers can wear microphones that send their voices directly to the children’s ears. Even children with minimal hearing loss can benefit from this type of technology.

Children learn language by listening to others and engaging in conversations. But kids with hearing loss can miss out on some of this experience. Moeller and her colleagues are studying how children with hearing loss develop language. Results from this NIH-funded research point to several factors that can help. These include the quality and fit of hearing aids, how often kids get speech and language training, and how often parents have conversations with their children.

A different source of language problems is a disorder called specific language impairment, or developmental language disorder. This condition affects an estimated 7% of children in kindergarten. Kids with specific language impairment have trouble learning new words and engaging in conversation. They might produce grammatically incorrect sentences like “What he want for dinner?” or they might have a small vocabulary.

“Both of those are fundamental to being able to communicate with the teacher, to understanding what the teacher is saying to them, and to forming social relationships with their peers,” says Dr. Mabel Rice, an NIH-funded researcher who studies childhood language disorders at the University of Kansas.

For example, a child with specific language impairment might not understand that “It’s time to put your things away now” means “Put your things away.” Children who don’t understand complicated sentences can seem like they’re disobedient, Rice says. More complicated grammar is also good for making friends. Saying “I would like it if you’d come play with me” might attract more playmates than “Come over here.”

In the past, parents were sometimes blamed for a child’s language disability. They might have been faulted for not reading enough to their children. But research suggests that specific language impairment has other roots. The disorder tends to run in families, which hints that genesStretches of DNA, a substance you inherit from your parents, that define characteristics such as how likely you are to get certain diseases. play a role. Rice led a study of over 300 people, including children with specific language impairment and their families. The scientists identified a gene that’s also linked to dyslexia and other learning disabilities. The finding might eventually lead to better understanding and treatment of these disorders.

Poor vision can also cause trouble in school, and the problems may go unnoticed. Vision problems are common in preschoolers, but kids don’t always tell others about their symptoms. Children might even think it’s normal to see double or for things to be blurry. But poor eyesight can cause headaches and hinder reading. Some children with vision problems might seem to have attention difficulties, since eyestrain and headaches can make it hard to stay on task.

The most common cause of vision impairment in children is amblyopia, or lazy eye. It often arises if the eyes point in different directions, or if one eye produces a better image than the other. The brain starts to shut down signals from the weaker eye. Treatment encourages use of the weaker eye, sometimes by putting a patch over the other eye. NIH-funded research has found that treatment for amblyopia is more effective if begun when a child is young.

Some children are nearsighted, with problems focusing on faraway objects like the chalkboard. It’s less common for youngsters to be farsighted, with trouble focusing on up-close items. Both can be corrected with eyeglasses or contact lenses.

To catch problems early, NIH funded a study of thousands of preschoolers to find the best ways to screen for impaired vision. “How often screening is done and what screening is done varies widely from state to state,” says Dr. Marjean Kulp, a vision researcher at Ohio State University.

The study evaluated different tests and identified a few that could best detect vision problems—even when performed by people who aren’t vision specialists.

Screenings only identify potential problems, and they don’t catch everything. Children should have regular exams by an eye care professional.

Early detection and treatment of hearing, vision, and language problems can give kids a better learning experience.

Talk with a health care provider if your child: