When Thinking and Behavior Decline 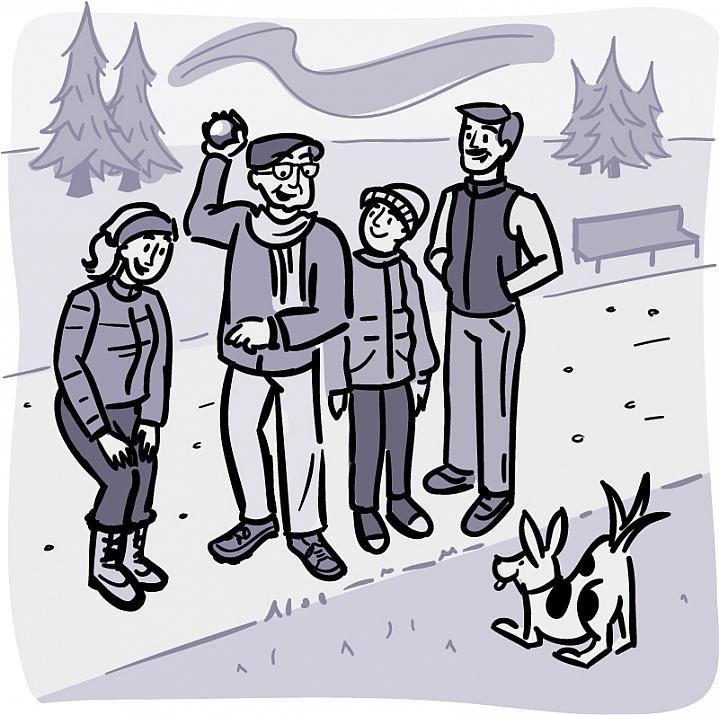 Forgetfulness, temporary confusion, or having trouble remembering a name or word can be a normal part of life. But when thinking problems or unusual behavior starts to interfere with everyday activities—such as working, preparing meals, or handling finances—it’s time to see a doctor. These could be signs of a condition known as dementia.

Dementia is a brain disorder that most often affects the elderly. It’s caused by the failure or death of nerve cells in the brain. Alzheimer’s disease is the most common cause. By some estimates, about one-third of people ages 85 and older may have Alzheimer’s. Although age is the greatest risk factor for dementia, it isn’t a normal part of aging. Some people live into their 90s and beyond with no signs of dementia at all.

“Dementia really isn’t a disease itself. Instead, dementia is a group of symptoms that can be caused by many different diseases,” says Dr. Sanjay Asthana, who heads an NIH-supported Alzheimer’s disease center at the University of Wisconsin. “Symptoms of dementia can include problems with memory, thinking, and language, along with impairments to social skills and some behavioral symptoms.”

Several factors can raise your risk for developing dementia. These include aging, smoking, uncontrolled diabetes, high blood pressure, and drinking too much alcohol. Risk also increases if close family members have had dementia.

Symptoms of dementia might be reversed when they’re caused by dehydration or other treatable conditions. But most forms of dementia worsen gradually over time, and there is no treatment. Scientists are searching for ways to slow down this process or prevent it from starting in the first place.

The two most common causes of dementia in older people are Alzheimer’s disease and vascular dementia, a condition that involves changes to the brain’s blood supply. Vascular dementia often arises from strokeWhen normal blood flow to the brain fails, often due to blocked or broken blood vessels. or arteriosclerosis (hardening of the arteries) in the brain. Other causes of dementia include Parkinson’s disease, HIV, head injury, and Lewy body disease. (Lewy bodies are a type of abnormal protein clump in brain cells.)

Dementia in people under age 60 is often caused by a group of brain diseases called frontotemporal disorders. These conditions begin in the front or sides of the brain and gradually spread. A rare, inherited form of Alzheimer’s disease can also occur in people in their 30s, 40s, and 50s.

The symptoms of dementia can vary, depending on which brain regions are damaged. “In general, the left side of the brain is involved in language, and the right side is very involved in social behavior,” says Dr. Bruce L. Miller, who directs an NIH-funded dementia center at the University of California, San Francisco.

In the case of a frontotemporal disorder, “if it begins in the left side of the brain, you tend to have worsening language problems; if it starts on the right, it affects behavior and might be mistaken for a psychiatric condition,” Miller explains. Damage to specific brain regions can cause people to become apathetic, lose their inhibitions, or show no consideration for the feelings of others.

With Alzheimer’s disease, memory-related areas in the lower and back parts of the brain tend to be affected first. Other types of dementia can affect regions that control movement.

“The treatment for all of these disorders is slightly different,” Miller says. That’s why it’s important to get an accurate diagnosis.

Because different types of dementia can have overlapping symptoms, and some people have more than one underlying condition, it’s best to see a clinician who has expertise in diagnosing dementia. “NIH has specialized centers across the country that have clinics that can diagnose and evaluate patients with Alzheimer’s disease and dementia,” Asthana says. (See NIH’s Alzheimer’s Disease Research Centers for more information at www.nia.nih.gov/health/alzheimers-disease-research-centers.)

To make a diagnosis, physicians usually ask about a person’s medical history and do a physical exam including blood tests. They also check for thinking, memory and language abilities, and sometimes order brain scans. This evaluation will determine if the symptoms are related to a treatable condition—such as depression, an infection, or medication side effects.

With some types of dementia, a clear diagnosis can’t be made until the brain is examined after death. “There’s no single blood test or brain scan that can diagnose Alzheimer’s disease or some other types of dementia with certainty,” Asthana says. “In these cases, a definite diagnosis can be made only at autopsy.”

More than a decade ago, NIH-supported scientists found a way to detect signs of Alzheimer’s disease in the brains of living people. All people with Alzheimer’s disease have abnormal protein clumps known as amyloid plaques. These plaques can be seen in Positron Emission Tomography (PET) scans using special tracers that bind specifically to amyloid. But extensive plaque buildup can also be found in some people who have no signs of dementia. Because of this uncertainty, amyloid imaging isn’t considered a definitive tool for diagnosing Alzheimer’s disease. NIH supported researchers have been working on other techniques, but none of these have proven definitive.

“Right now, a lot of research is focusing on the pre-symptomatic stages of the disease, where we can see evidence of amyloid protein before a person has any symptoms. We can test to see if medications can slow or prevent buildup of this amyloid protein,” Asthana says. “So far, no studies have shown that clearing the brain of amyloid protein can actually translate into significantly improved symptoms.”

Different approaches are now being studied as treatments for Alzheimer’s disease, Parkinson’s dementia, and certain other forms of dementia. Currently approved medications may improve symptoms, but none can halt or reverse progressive damage to the brain.

“In contrast, if the dementia is due to vascular disease, there are many things we can do to prevent it from progressing. It’s the same things we do to prevent cardiovascular disease,” says Dr. Helena Chui, director of an NIH-funded Alzheimer’s center at the University of Southern California. “Some people with vascular dementia are given anticlotting medications. Others are given medications to keep blood pressure, cholesterol, and diabetes under control.”

Chui notes that a healthy lifestyle can help protect the aging brain. “Regular exercise, a heart-healthy diet, and avoiding smoking can reduce your risk for heart disease as well as dementia,” she says. Engaging in social and intellectually stimulating activities might also help to protect brain function. “You can change your trajectory toward a healthier brain by making healthy choices,” Chui says.