Help Your Brain Fight the Urge to Splurge 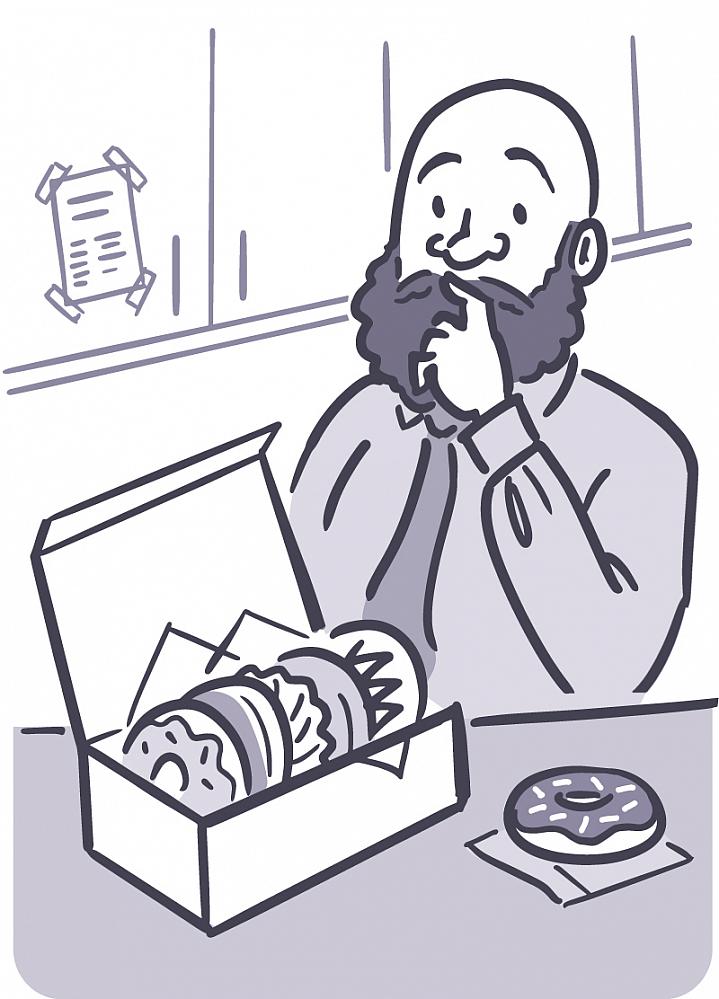 Ever tried to eat just one potato chip, or take just one bite of chocolate cake? It may feel impossible. A little nibble triggers an urge to eat more. Some people feel driven to keep eating to the point where the food’s no longer enjoyable. You know the resulting weight gain will harm your health. So why do you keep eating when it’s not in your best interest?

Out-of-control behaviors around food can look and feel remarkably similar to an addiction to drugs and other substances. In fact, imaging studies have shown that addictive drugs can hijack the same brain pathways that control eating and pleasurable responses to foods. NIH-funded researchers are closely studying the biology of overeating to try to find new ways to help people curb these out-of-control behaviors.

“There’s an addictive element to foods—especially high-fat, high-sugar foods—that drives many of us to overeat,” says Dr. Nora Volkow, director of NIH’s National Institute on Drug Abuse. She’s been studying the brain’s role in drug addiction and obesity for more than 20 years. Volkow and other scientists have found that high-calorie foods, like addictive drugs, can trigger the brain’s reward system, releasing brain chemicals such as dopamine that make you feel terrific. So it’s natural to want more. In fact, wanting more helped early humans survive.

“Our brains are hardwired to respond positively to foods that have a high content of fat or sugar, because these foods helped our ancestors survive in an environment where food was scarce,” Volkow says. “In today’s society, though, highly rewarding foods are everywhere. And our brain’s reward system for foods is now a liability.”

Seeing, smelling, tasting, or even hearing certain cues—from food ads on the radio to the smell of cinnamon buns in a shopping mall—can make us crave fattening foods when we’re not even hungry. Brain studies show that food cues can be especially strong in people who are obese or at risk for weight gain. In one NIH-funded study, volunteers who had a heightened brain response to a sip of a milkshake when they weren’t hungry were more likely to gain weight a year later.

While some brain areas drive us to seek sweets and fatty foods, other regions at the front of the brain can help us control our urges. We can help our “rational” brain regions take control by avoiding tasty temptations and developing healthy habits.

“Each of us should be aware if there are certain foods that we can’t stop eating once we start. Avoid having them at home. Don’t buy them or start eating them, because that might trigger binge eating,” Volkow says.

Make healthy eating a part of your everyday routine by swapping unhealthy habits with healthy ones. Eat fruit instead of cookies as a daily dessert, or have a mid-day snack of crunchy carrots instead of potato chips. Instead of walking directly to the refrigerator after work, take a walk through your neighborhood. Over time, healthy habits can become wired in your brain. You’ll do them without even thinking.

“Childhood and teen years are ideal times to develop healthy habits,” Volkow says. “Healthy eating habits will help protect them in the future against the diseases associated with obesity.”

How Much Activity Do You Need?

Learn About Obesity and Cancer Risk