The Benefits of Daily Cleaning Between Teeth 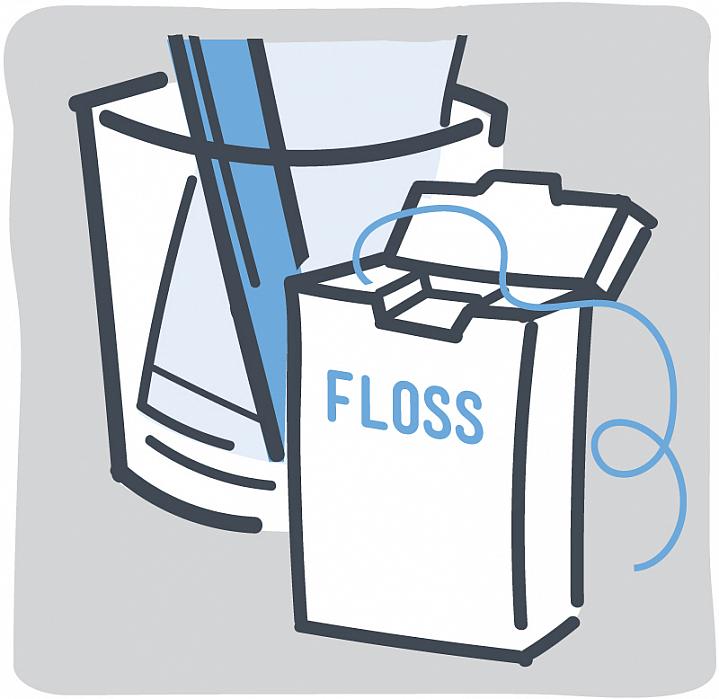 You may have seen or heard news stories suggesting that you can forget about flossing, since scientists lack solid evidence that you’ll benefit from cleaning between your teeth with a sturdy string. But many dentists may beg to differ. They’ve seen the teeth and gums of people who floss regularly and those who haven’t. The differences can be striking.

“Every dentist in the country can look in someone’s mouth and tell whether or not they floss,” says Dr. Tim Iafolla, a dental health expert at NIH. Red or swollen gums that bleed easily can be a clear sign that flossing and better dental habits are needed. “Cleaning all sides of your teeth, including between your teeth where the toothbrush can’t reach, is a good thing,” Iafolla says.

If dentists—and maybe even your personal experience—suggest that regular flossing keeps your mouth healthy, then why the news reports? It’s because long-term, large-scale, carefully controlled studies of flossing have been somewhat limited.

Researchers have found modest benefits from flossing in small clinical studies. For instance, an analysis of 12 well-controlled studies found that flossing plus toothbrushing reduced mild gum disease, or gingivitis, significantly better than toothbrushing alone. These same studies reported that flossing plus brushing might reduce plaqueSticky, colorless film that can lead to tooth decay and gum disease. after 1 or 3 months better than just brushing.

But there’s no solid evidence that flossing can prevent periodontitis, a severe form of gum disease that’s the leading cause of tooth loss in adults. Periodontitis can arise if mild gum disease is left untreated. Plaque may then spread below the gum line, leading to breakdown of bone and other tissues that support your teeth. Periodontitis develops slowly over months or years. Most flossing studies to date, however, have examined only relatively short time periods.

Another research challenge is that large, real-world studies of flossing must rely on people accurately reporting their dental cleaning habits. And people tend to report what they think is the “right” answer when it comes to their health behaviors—whether flossing, exercising, smoking, or eating. That’s why well-controlled studies (where researchers closely monitor flossing or perform the flossing) tend to show that flossing is effective. But real-world studies result in weaker evidence.

“The fact that there hasn’t been a huge population-based study of flossing doesn’t mean that flossing’s not effective,” Iafolla says. “It simply suggests that large studies are difficult and expensive to conduct when you’re monitoring health behaviors of any kind.”

While the scientific evidence for flossing benefits may be somewhat lacking, there’s little evidence for any harm or side effects from flossing, and it’s low cost. So why not consider making it part of your daily routine?

Talk to your dentist if you have any questions or concerns about your teeth or gums. If flossing is difficult, the dentist may recommend other ways to remove plaque between teeth, such as with a water flosser or interdental cleaners. “If you need help learning how to floss, or if you don’t think you’re doing it right, your dentist or hygienist will be happy to show you how,” Iafolla says. “It helps to know the proper technique.”

Taking on Teeth Grinding and Clenching

Daily Care for Teeth and Gums

There’s a right way to brush and floss your teeth.