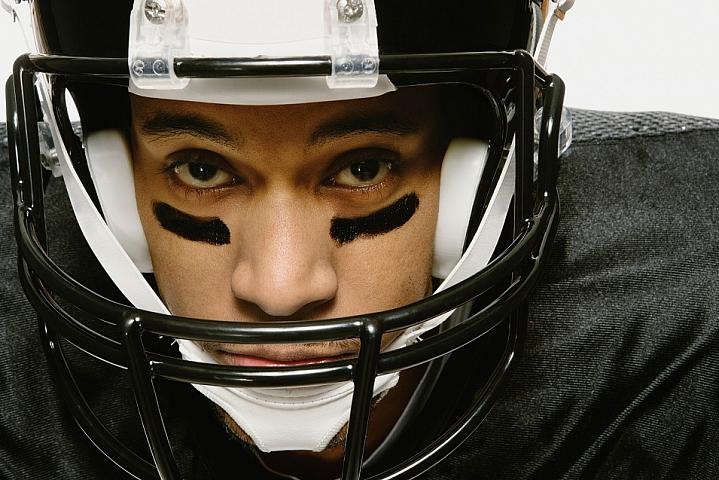 Scientists look for ways to decide when it’s safe for an athlete to return to play after a concussion. Paul Burns/Blend Images/Thinkstock

A brain injury-related protein may one day help doctors know when they can safely send young athletes with concussions back into the game.

Millions of sports-related mild brain injuries, or concussions, happen in the U.S. each year. Returning to play before you’re fully recovered can be dangerous. It raises the risk for long-term symptoms like headaches, dizziness, and problems with mental function after future concussions.

After a severe brain injury, the brain makes more of a protein called tau. An NIH-led research team looked at changes in blood levels of tau after sports-related concussions to see if tau levels relate to recovery times.

The scientists measured both tau levels and mental performance in 632 college athletes before their seasons began. Athletes played a range of sports, including soccer, football, basketball, hockey, or lacrosse.

Concussed athletes who needed more than 10 days before returning to play had higher tau levels on average than athletes who were able to return in 10 days or less. This was true for both male and female athletes, and across the different sports studied.

The findings suggest that changes in tau levels after a concussion may signal when young athletes can safely return to play. Scientists continue to study this and other ways to track concussion recovery.

Keeping athletes safer from long-term consequences of concussions is important to players, coaches, parents, and fans,” says Dr. Patricia A. Grady, director of NIH’s National Institute of Nursing Research. “In the future, this research may help to develop a reliable and fast clinical lab test that can identify athletes at higher risk for chronic post-concussion symptoms.”