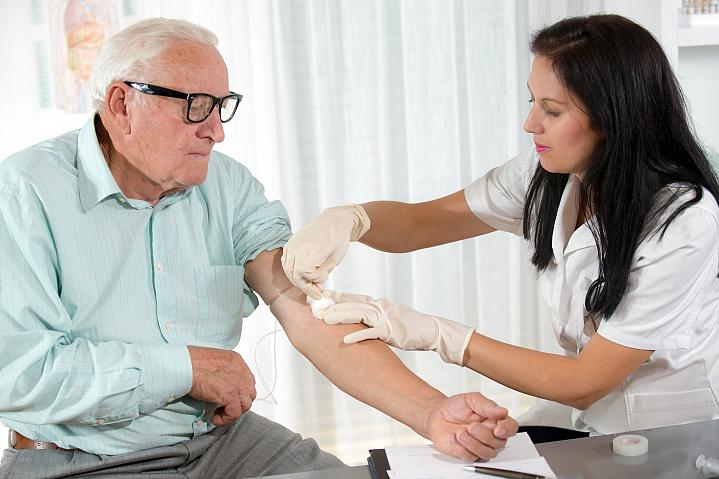 A new blood testing technique could help researchers detect Alzheimer’s disease before symptoms start or in its early stages.

Alzheimer’s disease is an age-related brain disorder that develops over many years. Toxic changes in the brain slowly destroy memory and thinking skills.

Researchers investigated whether a new blood testing technique could help predict development of Alzheimer’s disease. They tested for a modified version of tau called ptau181 in blood plasma (the liquid part of blood). Levels of this protein have been linked with Alzheimer’s disease.

The team collected blood samples from more than 400 people. The analysis showed that ptau181 levels differed between healthy participants and those with Alzheimer’s disease.

The new approach could be less invasive and costly than current tests for Alzheimer’s disease. These rely on brain scans and lab tests of spinal fluid.

“The development of a blood test would enable us to rapidly screen a much larger and more diverse group of volunteers who wish to enroll in studies,” says Dr. Richard J. Hodes, director of NIH’s National Institute on Aging.