The What, Why, and How of Bruises 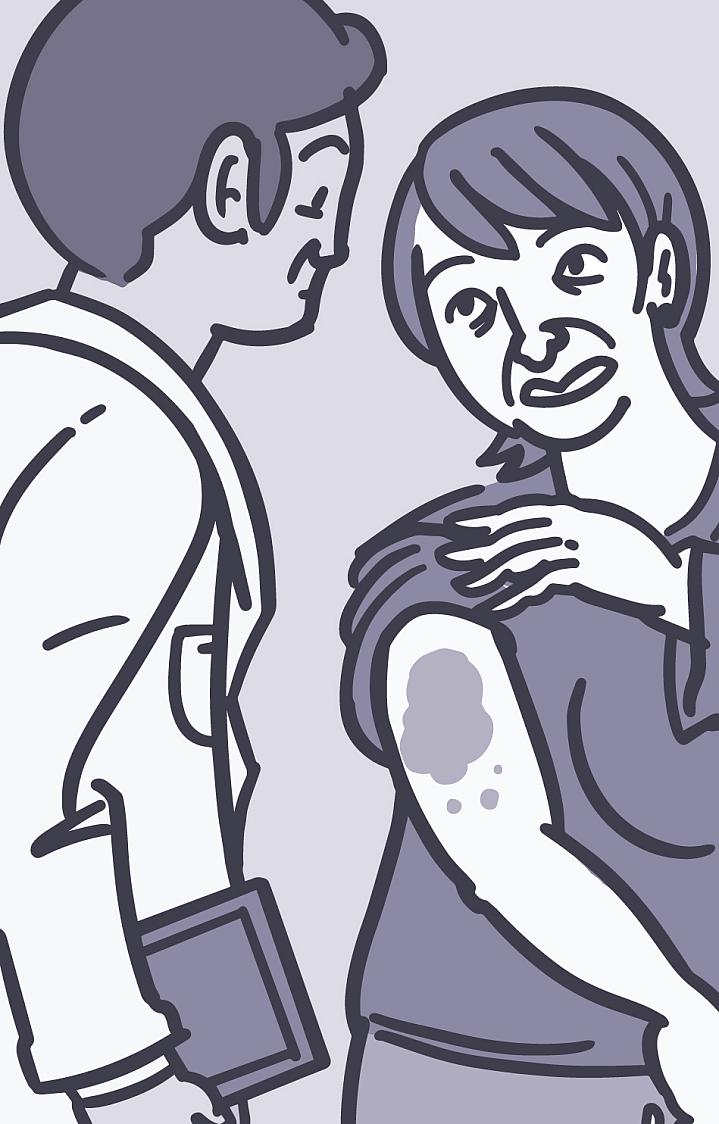 Many things can cause a bruise: minor injuries, falls, small collisions. While bruises may hurt, they’re usually harmless. But sometimes, they might be a sign of a deeper problem.

If you bump part of your body hard enough, you can break tiny blood vessels under your skin. But if you don’t break the skin, the blood has nowhere to go. It gets trapped under the skin’s surface, causing a bruise.

When you first get a bruise, the newly trapped blood makes it look pink or red. Over the next few weeks, the body naturally breaks down the blood and absorbs it. So as the bruise fades, it changes colors. This is part of the normal healing process. Some bruises can take weeks or months to heal.

What can contribute to bruising? Some people bruise more easily than others, says Dr. José López, an expert on bleeding disorders at Bloodworks Northwest Research Institute. This can be influenced by many things, including your genesStretches of DNA you inherit from your parents that define features, like your risk for certain diseases.. Other factors, such as diet, can also affect how easily you bruise. For example, deficiencies in vitamin C or K can make you bruise more easily.

Some people may just be more prone to bumping into things. And skin naturally becomes thinner and bruises more easily as you age.

You can take steps to make your home safer from minor bumps and falls. Keep walkways clear of clutter and furniture. Good lighting can also help you avoid bumping into things.

Bruises may be painful, but they’re usually not dangerous. If a bruise does hurt, an over-the-counter pain killer may help. But some drugs used to treat pain, like aspirin or ibuprofen, can actually increase the tendency to bruise, López explains.

Putting ice on the affected area for a few minutes at a time can help reduce swelling. Wrap the ice in a clean towel to avoid irritating the skin.

If you notice a change in where or how often you’re bruising, consider talking with a health care professional. “If bruising becomes really common, if it’s not provoked, or if there’s a change in your bruising patterns, get it checked out,” López says.

These can be signs that bleeding is happening inside the body when it shouldn’t. Others include a rash made of tiny bruises, called purpura. Or tiny, pin-point sized red spots called petechiae.

Excessive bruising can be triggered by many things. Examples include liver problems caused by heavy drinking or certain types of cancer. It can also be a sign of a rare problem like an inherited bleeding disorder. If you notice someone has bruises regularly, it may suggest serious problems in their home, like domestic violence.

Medications can also be a cause of excessive bruising. Almost any medication has the potential to change the way platelets work in the body, López says. Platelets are tiny, disc-shaped cells that play an important role in helping your blood clot. “They’re one of the things that stop you from bleeding,” says López. Let your health care provider know if you notice bruising soon after taking a new drug.

Bruises may be a sign of a serious problem, but in most cases, they’re harmless. See the Wise Choices box for signs that bruises may need to be checked out.

When To Get Your Bruise Checked Out

Talk with your doctor if you: