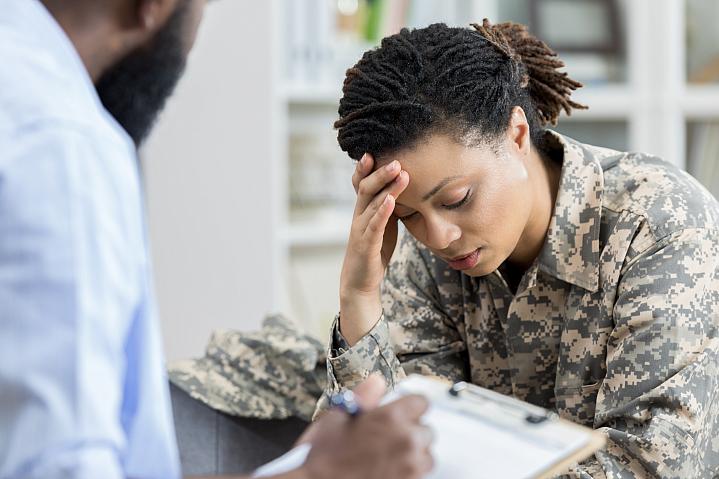 A fall, car accident, or sports injury can cause a mild traumatic brain injury, or concussion. Most people will recover in a few weeks to months. But some people’s symptoms continue long afterward.

Researchers want to better understand why some people’s brains don’t heal after a concussion. This condition is called post-concussive syndrome. It may involve headaches, fatigue, or dizziness. You can also have problems with concentration. Some develop mental health conditions, like depression or post-traumatic stress disorder (PTSD).

A research team looked for ways to predict who will have long-term problems after a brain injury. They examined blood samples for signs of concussions. Such compounds are called biomarkers. The study included almost 200 military veterans. Their blood was tested for a protein called NfL (for neurofilament light chain). NfL is known to be released by damaged brain cells.

“This study brings us closer to identifying biomarkers to predict risk for PTSD, depression, and similar conditions in military personnel and others who have experienced a traumatic brain injury,” says Dr. Jessica Gill, an NIH expert on brain injury who led the study.