More Than the Common Cold 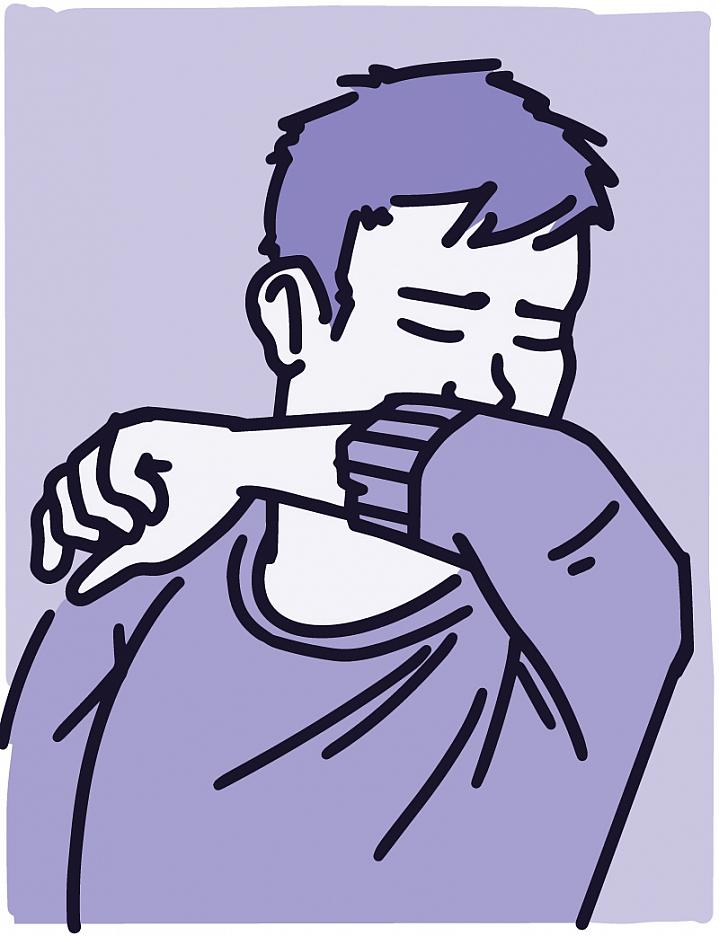 COVID-19 measures lessened how often we get sick from many other viruses. But one common virus has been on the rise this year. It’s called respiratory syncytial virus, or RSV.

RSV is usually more common in the fall, winter, and spring. But this year, infections have surged over the summer. This is likely because of the lifting of COVID-19 precautions, like masking and social distancing, says Dr. Barney Graham, a physician who studies viruses at NIH.

Almost everyone catches RSV before the age of 2. It’s one of the most common causes of illness in children. But unlike many other viruses that infect the lungs, you can catch RSV over and over again.

“RSV has a number of ways of evading the immune systemThe body’s defense against germs and microscopic threats.,” says Graham. “So people are re-infected with RSV on average every three to 10 years.”

RSV infects the cells that line your lungs and breathing passages. Many symptoms mimic the common cold, like a runny nose, loss of appetite, and coughing or wheezing.

Symptoms usually stay mild in older children and adults. But some people are at risk of more serious disease. These include infants, older adults, and people with a weakened immune system.

Some people develop pneumonia or inflammationHeat, swelling, and redness caused by the body’s protective response to injury or infection. in the lungs from RSV. Watch for symptoms that get worse over time or trouble breathing or drinking fluids. People with these symptoms should see a health care provider right away. A blood test can show if you have RSV or another virus with similar symptoms.

For mild cases, over-the-counter fever or pain relievers may help reduce symptoms. But people with more serious cases may need treatment in a hospital.

RSV spreads easily between people. It can travel in droplets from a cough or sneeze. It can also stay on surfaces like doorknobs and tables. That means you can catch it if you touch an infected surface and then touch your face.

Most people who get mild RSV feel better in a week or two. But people can still spread it even after they stop showing symptoms.

NIH researchers have been working for decades to develop RSV vaccines. Recently, scientists have been able to take detailed pictures of proteins on the virus’s outer surface. This allowed them to create a vaccine that better targets the virus.

In early research, “this vaccine has turned out to be radically better than any tried before,” Graham says. Researchers hope that a vaccine will soon be available for at-risk groups. Such a shot may be able to protect newborns by vaccinating their mothers before birth, he adds.

An RSV vaccine could do much more than prevent infection, says Graham. Kids who get severe RSV as infants have a higher risk of other lung problems, like asthma. So, a vaccine might prevent some cases of future lung issues as well.

Until there’s a vaccine, good hygiene is the best way to avoid getting RSV and other viruses. See the Wise Choices box for tips on staying healthy.